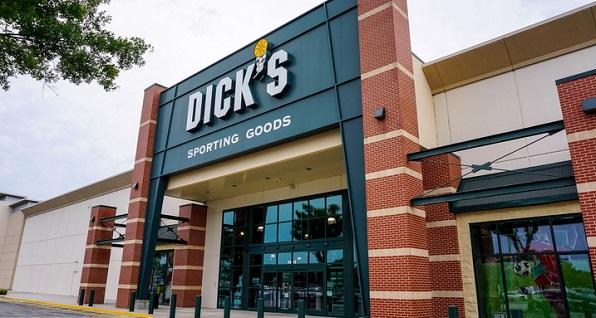 Dick's CEO Ed Stack has now admitted to CBS Sunday Morning that his company has lost one-quarter of one billion dollars in the wake of his decision to join anti-gun forces who are trying to ban America's most popular rifle.

"And how much did you actually lose?"

"About a quarter of a billion! Pretty close."

On top of that, the assault-style rifles he still had in stock – about $5 million worth of inventory – he turned into scrap metal.

Of the move by Dick's Sporting Goods she said, "If they don't want guns, that's their right. It feels really anti-American to start creating public policy through corporate policy."

Cowan asked, "Is it a fair question to ask why you need a gun like that?"

"This rifle, and any other rifle, kills fewer people than hammers and blunt objects every year, according to FBI statistics," she said, "so it doesn't make any sense to me that this is going to solve the problem that we are having."

Her worry is the same that the National Rifle Association has voiced for a long time: if one gun like the AR-15 is demonized, then all guns may soon follow.

"It leads me to believe that there's going to be another tragedy with a different gun, that they're going to come after the next gun," she said.

"This is the slippery slope?" Cowan asked.

According to Ohio.com, Stack appeared on the show to promote the release of his memoir, in which he tracks the company’s evolution from a modest regional chain to one of the biggest players in the $70 billion sporting goods market.

In his memoir, Stack describes days of internal debates about the financial risk of such a drastic move. Even if the margin rate on guns wasn’t terribly strong at Dick’s, the company knew that hunters didn’t only buy guns, but also hunting coats, boots, socks and other big-ticket items. Plus, hunting had been a mainstay of its business since the company’s earliest days.

“If we stopped selling guns altogether, we’d be punishing those customers, some of whom had been with us for sixty years - men and women who knew to treat firearms with respect and who used them for legitimate sport,” Stack wrote. “Did it make sense to needlessly alienate loyal Dick’s customers who bought shotguns and deer rifles, and were law-abiding and do-right citizens?”

Instead, Dick's attempted to a strategy of trying to pit one type of gun owner against another - and failed.

For the fiscal year ending Feb. 2, 2019, same-store sales fell 3.1%, according to company earnings, with Stack blaming much of the slump on gun issues. Customers boycotted the company, and more than 60 employees quit.

Despite the heavy financial hit brought on by the loss of former customers, Stack seems quite intent on furthering his anti-gun agenda, including reconsidering that "drastic move" of dropping firearms sales altogether.

He's already removed all guns from more than 100 of his stores, and is considering expanding that ban chain-wide. "We've got the whole category under strategic review to see what we're going to do with this category," he said.

"So, there's a chance you may stop selling firearms completely?" asked Cowan.

"The whole category is under strategic review."

"So many people say to me, you know, 'If we do what you want to do, it's not going to stop these mass shootings,'" said Stack. "And my response is, 'You're probably right, it won't. But if we do these things and it saves one life, don't you think it's worth it?'"

It's a sad thing that Stack seems incapable of asking himself the same question about the lives saved by guns purchased in Dick's stores and used for self-defense.