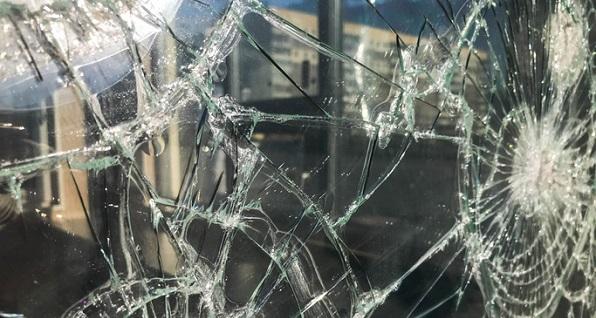 On June 7, 2014, Shannon Watts, the founder of Moms Demand Action for Gun Sense in America, went on CNN's "New Day Saturday" to discuss persons exercising their right to open carry in Texas. Show host Victor Blackwell asked "Where has a bad guy with a gun been stopped in any other way or by a person other than a law enforcement officer with a gun or by killing himself?”

Not only does it happen, it happens a lot. And this past weekend, it happened at a Nebraska grain elevator:

Two people were killed and one was injured after an employee who had been fired from a Nebraska grain elevator returned with a gun and opened fire.

According to the Nebraska State Patrol, Agrex Inc. employees Sandra Nelson, 60, of Formoso, Kansas, and Darin Koepke, 53, of Hadar, Nebraska, were killed in the shooting on Thursday, Oct. 22 in Superior, Nebraska. Another employee, who has not been identified, was shot but has been treated and released for the injuries.

According to the NSP, law enforcement was called to the elevator at 2 p.m. Thursday for a report of an active shooter. Upon arrival, they found one person dead and multiple people injured, including the reported shooter.

Through investigation, officers learned Max Hoskinson, 61 of Superior, had been an employee of the elevator but was terminated earlier in the day. Shortly before 2 p.m., he returned with a handgun and opened fire, striking three people, a statement from NSP said. Another employee, who has not been identified, retrieved a shotgun and fired at Hoskinson, who later died at the hospital in Superior.

Judging by the attention they give (or don't give) to such incidents, the mainstream media seem to prefer greater loss of life as much as mass killers do. That's a key reason why Watts, and many other Americans, aren't aware about incidents like these - since the "body count" is much lower in these cases, the national media don't cover them.

Had it not been for the forward-thinking person who made the decision to keep a shotgun in the office, and the bravery of the person who retrieved and used it to stop the attack, it is all but certain that many more people could have lost their lives.

A Nebraska State Patrol statement says "In consultation with the Nebraska Attorney General’s Office and the Nuckolls County Attorney’s Office, no charges are anticipated in relation to the employee who returned fire in protection of himself and other innocent parties present at the time of the incident."