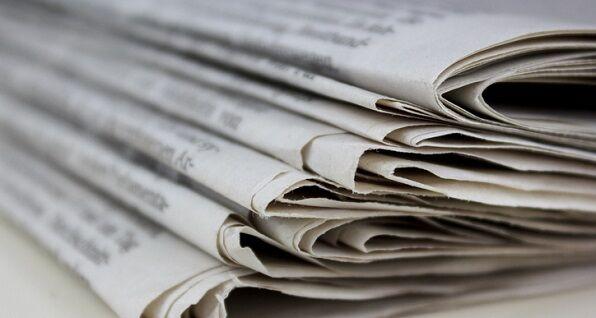 The headline could have appeared on the Buckeyefirearms.org, NRA.org or a host of any other pro-gun rights websites. But it appeared in the Columbus Dispatch.

"Gun laws pointless if not enforced"

The bust yielded both proceeds and product: $14,720 in cash, 905 pounds of marijuana, 1.5 pounds of cocaine, nearly an ounce of methamphetamine.

Also fruits of the investigation: 83 firearms, the primary tool of those who sling dope and inflict so much of the violence on our city’s streets.

Of the 83 guns, only 12 had been reported stolen. The first as-yet-unanswered question: If 71 of the guns weren’t stolen, how did they end up in the hands of what police are calling a significant drug-trafficking organization?

That question is followed by others when you look at the criminal history of the man now facing the most charges in the bust...

The article goes on to document charges against Christopher Conley, 48, who has been prohibited by law from possessing firearms for nearly 30 years.

From [1991] on, under state and federal law, he was prohibited from possessing a weapon.

The record suggests that he didn’t care.

Between 1992 and 2012, Conley was charged four times with carrying a concealed weapon without a license and the more serious charge of having a weapon under disability.

The weapons-under-disability charge was dropped the first three times, in what appeared to be plea deals in exchange for guilty pleas to carrying a concealed weapon.

When Mayor Jackson took office in January of 2006, the City of Cleveland was enforcing a so-called "assault" weapons ban. With passage of HB 347 late that same year, the ban was rendered unenforceable. Jackson immediately set about to complain that he could no longer prosecute people for crimes committed with these guns, and that the loss of that tool had directly resulted in Cleveland’s increasing violent crime problem. The mayor even staged press conferences behind a table of scary-looking guns, implying that they had been confiscated through the now-defunct ban.

We challenged the media to investigate whether or not Jackson's claims were true. Getting the answer would be easy for a responsible journalist to do - if the city was having troubles prosecuting offenses in the absence of the ban, that would show through a significant drop in convictions related to those offenses. No one at the Cleveland Plain Dealer, or any other news organization, for that matter, took it upon themselves to investigate. So we did.

Public records requests by Buckeye Firearms Association revealed that in all of 2006, Jackson's first year in office, there was not one single person charged with a violation of Cleveland’s assault weapons ban. That’s right, not even one.

In 2007 (before HB347 took effect), there was one person prosecuted for a violation of Cleveland’s bans. The case never made it to trial because the Grand Jury returned a “no bill”, meaning they didn’t even find enough evidence of a crime for the case to move forward to a trial.

In the mayor’s entire tenure, not only had the City of Cleveland not convicted a single person under their so-called assault weapons ban; they never even took one case to trial!

Even going back to 2005, we found only two people charged with violating Cleveland’s ban. They either pled, or were found guilty. Obviously, the (not so) big drop in convictions for this now-defunct law had nothing to do with Cleveland’s crime problem. That's because the City of Cleveland has rarely used its gun control laws against criminals before, and they won't now. (In fact, our investigation revealed far more about an administration that is soft on gun crime than about inanimate objects causing their woes. Not only did the city fail to enforce their ordinances, but they let bad guys go.)

Theodore Decker and the Columbus Dispatch seem to have finally stumbled on the truth - gun laws ARE pointless if not enforced. Hopefully they'll bring this point up the next time they're interviewing officials who refuse to enforce existing law, yet repeatedly claim the need for still MORE gun control laws.

I won't hold my breath.