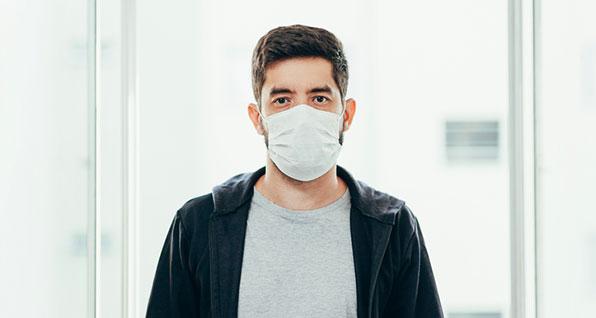 Does wearing a mask make concealed carry illegal in Ohio?

“Is it legal to wear a mask and carry a gun?”

“Will I lose my carry license if I wear a mask?”

“Can I be prosecuted if I defend myself while wearing a mask?”

The answer to all these questions is the same: We are not aware of any law in Ohio that makes it illegal to possess, carry, or use a firearm while wearing a mask for health reasons.

We are also not aware of any national law on this matter. There are some states that have laws prohibiting wearing a mask to conceal your identity; however, officials in these states have said the laws do not apply to those wearing a mask for health purposes.

So why are people so concerned about this issue? Because it's being pushed as a viral hoax on social media.

Early in the life of this hoax, I saw some news stories about an Illinois law that some said could cause problems for those with a concealed carry license. This report from a FOX affiliate in Illinois is one example:

Governor JB Pritzker has blurred some lines of the law.

Concerns have been brought up that wearing a mask in public while concealing a firearm could put those carrying in harm's way.

"Face-covering work and we need all Illinoisans to do their part," said Pritzker during the announcement of the changes to the Executive order.

While masks are often associated with robbers and thefts, everyone is now required to wear them starting May 1st according to Pritzker and the Executive Order.

The order states, “Any individual who is over age two and able to medically tolerate a face-covering (a mask or cloth face- covering) shall be required to cover their nose and mouth with a face-covering when in a public place and unable to maintain a six-foot social distance. face-coverings are required in public indoor spaces such as stores.”

Those with concealed carry permits who are following this rule could potentially be breaking Illinois law.

This is the Illinois law in question:

a) a person commits the offense of unlawful use of weapons when he knowingly:

9) carries or possesses in a vehicle or on or about his or her person any pistol, revolver, stun gun or taser or firearm or ballistic knife when he or she is hooded, robed or masked in such manner as to conceal his or her identity;

However, the article goes on to quote a statement from Illinois State Police, who said the Governor's order "was not intended to negatively impact permit holders" and that there is no suggestion that "law enforcement should arrest or criminally charge conceal carry license permit holders for wearing protective masks."

It's not unreasonable for gun owners to seek clarification given the Governor's order that requires wearing a mask in public places. However, even with the clarification, the issue continued to spiral out of control on social media as the conspiracy theory peddlers began twisting the facts and as mask wearing became politicized.

One viral image on Facebook, for example, shows a handgun on top of a concealed carry application, along with this message:

Know what else wearing a mask does??? Anyone?? REMOVES YOUR CONCEAL CARRY ability. That’s right!! Its in the rules. CCW licensees are NOT allowed to wear face coverings while carrying. Now let that sink in.

Worse, when people see an image or "meme" go viral, many copy the idea to create their own viral image so they can acquire new followers, enjoy their fifteen minutes of fame, or simply create chaos and confusion.

And that's where we are now. Just like an actual virus, this idea of wearing masks negating carry rights is spreading all over social media. I've seen concerns over masks and guns pop up in Georgia, North Carolina, Oregon, South Carolina, Utah, and Virginia. I'm sure it's in other states as well.

Some of these states have mask laws, generally related to purposely concealing your identity, such as Georgia's so-called "KKK Law," but in all cases either the laws have been suspended or are unrelated to lawful concealed carry.

Here's a new wrinkle that was brought to my attention by a BFA Newsletter subscriber as I was writing this article.

Apparently, Ohio tried to pass a law about 20 years ago, during the 124th General Assembly, to prohibit wearing a mask while on someone else's private property. HB 106 sought to create language under ORC 2917.51 that reads in part:

(A) No person shall do both of the following:

(1) Wear a mask, hood, or other device that hides or covers a substantial portion of the wearer's face so as to conceal the identity of the wearer when the person knows or reasonably should know that the conduct provokes in another a reasonable apprehension of intimidation or threat of violence;

However, the bill did not become law. As you can see in the status report, the bill passed through a House committee, but there's no indication it went to the Senate or made it to the Governor for his signature.

In addition, the current Ohio Revised Code does not include section 2917.51. ORC 2917, dealing with "Offenses Against the Public Pease" ends with "2917.47 Improperly handling infectious agents."

Further, a text search reveals that the word "mask" does not appear anywhere in this section. In fact, if you use the search function of the online Ohio Revised Code, the word "mask" appears in only four sections, dealing with illegal use or possession of drug paraphernalia, gas masks at fire stations, training for anesthesiologist assistants, and emergency medical attention for dogs and cats.

So there you have it. Wearing a mask during the COVID-19 pandemic does NOT affect your gun rights, and specifically does not affect carry in Ohio or, according to all the information I've seen, in any other state. It's possible that states with mask laws should amend their laws rather than rely on the assurance of Governors or law enforcement. However, you don't have to be alarmed by the hoax circulating on social media.

And a good general rule is this: The more outrageous something sounds, the more likely it's not true. Social media is great for keeping in touch with friends and family, and it's a convenient way to follow organizations such as Buckeye Firearms Association, but it's a lousy source for reliable, factual information.