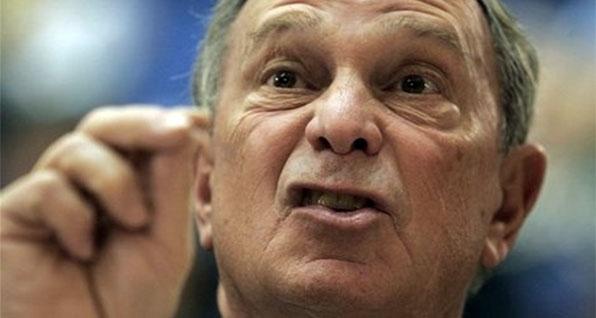 The gun control segment of billionaire Michael Bloomberg’s left-wing political apparatus isn’t feeling the courage of their purported convictions these days. Understanding that their message of civilian disarmament won’t play with an electorate wracked with concerns over COVID-19, a spike in violence in many jurisdictions, and politician-tolerated civil unrest, Everytown for Gun Safety has used its election dollars to attack candidates on a host of issues that have nothing to do with firearms.

In Arizona, Iowa, Minnesota, North Carolina, and Pennsylvania, the Bloomberg front has sent mailers criticizing candidates’supposed positions on health care and pharmaceuticals. In Texas, Everytown targeted at least one candidate on the topic of public school funding.

It appears that the anti-gun organization has concluded that gun control isn’t popular in crucial swing states and districts. There is good reason for this conclusion. In recent months, the U.S. has seen an unprecedented surge in firearms and ammunition purchases.

As NRA-ILA has previously pointed out, four of the five busiest months ever for the FBI’s National Instant Criminal Background Check System (NICS) have been in 2020. In the first eight months of 2020 there have been more total NICS checks than in 18 of the 21 complete years NICS has been in operation (the first full year was 1999). According to the National Shooting Sports Foundation, nearly 5 million first-time gun owners bought firearms from January 1 through July 2020. An analysis by Fox News found that gun sales in seven swing states (Arizona, Florida, Michigan, New Hampshire, North Carolina, Pennsylvania, and Wisconsin) were up 77.9 percent in 2020 over 2019.

Moreover, the polling on firearms has soured for gun controllers.

Every month Gallup asks Americans the question, “What do you think is the most important problem facing the country today?”For the last seven months “Guns/Gun control”has registered below 0.5 percent.

If the onerous gun controls Bloomberg and his underlings propose were as popular as they claim, Everytown’s foray into far-flung political issues wouldn’t be necessary. The truth is that the more American voters become familiar with firearms and learn about the issues facing firearm owners the more they come to respect gun rights.

As tumultuous as 2020 has been, this year’s events have served to educate millions of Americans about the importance of their Second Amendment rights. With their scattershot political attacks, Everytown has admitted as much.