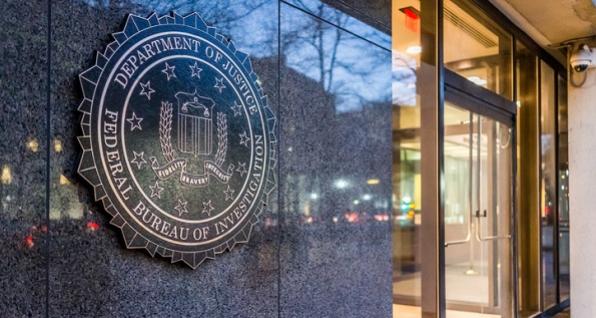 For several years the FBI has been operating a shadow gun ban regime whereby Americans who are not prohibited from possessing firearms under federal law are being denied their Second Amendment rights without due process. This extralegal practice was brought to light again in the U.S. Court of Appeals for the Sixth Circuit case Turaani v. Wray. The case revealed that the FBI’s current administration of the National Instant Criminal Background Check System amounts to a may-issue gun purchasing scheme that is incompatible with the proper adjudication of a Constitutional right.

For more than a decade, gun control advocates and their allies in Congress have pushed legislation that would prohibit those on one of the federal government’s watch lists from purchasing firearms through the NICS system. As the federal government’s watch lists are oftenerroneous and the procedures for placing an individual on them are nebulous, opaque, and do not comport to any reasonable standard of due process, such legislation would empower the government to extinguish Americans’ Second Amendment rights with nearly unfettered discretion.

Given that such measures are a threat not only to Americans’ Second Amendment rights, but also their First and Fifth Amendment rights, NRA has been joined by the American Civil Liberties Union in opposing this dangerous legislation. NRA is not opposed to prohibiting dangerous individuals from possessing firearms, but the government must be forced to prove that an individual is dangerous by securing a conviction against them in a court of law.

Despite Congress having repeatedly rejected this may-issue scheme for gun ownership, the FBI has pressed forward with their shadow gun ban.

In 2013, the Congressional Research Service published a report titled, “Terrorist Watch List Screening and Background Checks for Firearms.” The document made clear that the FBI was checking the government’s watch lists during NICS background checks. Moreover, if a person came up on a list the transfer would be flagged and delayed. The report explained,

As part of the background check process, NICS typically responds to a federally licensed gun dealer, otherwise known as a federal firearms licensee (FFL), with a NICS Transaction Number (NTN) and one of three outcomes: (1) “proceed” with transfer or permit/license issuance because no prohibiting record was found; (2) “denied,” indicating that a prohibiting record was found; or (3) “delayed,” indicating that the system produced information suggesting that there could be a prohibiting record.60 In the case of a possible watchlist match, NICS sends a delayed transfer (for up to three business days) response to the querying federally licensed gun dealer or state POC. During a delay, NICS staff contacts immediately the FBI Headquarters’ Counterterrorism Division and FBI Special Agents in the field, and a coordinated effort is made to research possibly unknown prohibiting factors. If no prohibiting factors are uncovered within this three-day period, firearms dealers may proceed with the transaction at their discretion.

Therefore, the FBI delays, as a matter of practice, firearms transactions involving individual for whom they have no information suggesting they are prohibited from possessing firearms. This would be bad enough if it involved a temporary delay, however, the FBI does not clear the delay. Rather, the non-prohibited individual must rely on the Federal Firearms Licensee (FFL or gun dealer) to proceed with firearm transfer once three business days have elapsed since the NICS check was initiated, as they are permitted to do by law. Such “default proceed” transfers are at the FFL’s discretion and some FFLs are reluctant to transfer a firearm under these circumstances. If a person delayed in this manner is unable to acquire the firearm from a reluctant FFL after a default proceed, the FBI has denied a non-prohibited individual their right to purchase a firearm.

In Turaani v. Wray, the FBI went a step further.

According to the facts presented in Judge Jeffrey Sutton’s opinion, in 2018 the plaintiff (Turaani) attempted to buy a firearm from an FFL. The requisite NICS check resulted in a delay. Then, as Sutton described,

The next day, FBI agent Jason Chambers went to the dealer's house, which doubled as his place of business, to speak to him about Turaani. Chambers wanted to see what information Turaani had provided about himself and explained that “we have a problem with the company” Turaani “keeps.” He showed photographs of Turaani with another person of apparent Middle Eastern descent, whom the dealer did not recognize. And Chambers left his contact information with the dealer.

Turaani followed up with the dealer a few days later to purchase the gun. The dealer explained that he had received a visit from the FBI. While he “technically could sell the gun” because the three-day delay had passed without further prohibitions on the sale, the dealer told Turaani that he was “no longer comfortable doing so.

Following the FBI’s actions, Turaani then filed suit, claiming that the federal government had impermissibly restricted his rights. However, the Sixth Circuit ruled for the government, claiming that while the FBI did share information with the FFL that made the dealer reluctant to transfer the firearm, they did not force the FFL to halt the transfer.

What the court failed to fully appreciate is that FFLs are licensed by the federal government and subject to its oversight. There is an obvious measure of coercion attendant a visit from the FBI to an individual whose livelihood is directly regulated by another branch of the Department of Justice.

The FBI’s shadow ban regime could be used to target any number of politically disfavored groups and individuals.

The possible passage of new restrictions on firearms and the return of military veterans facing significant challenges reintegrating into their communities could lead to the potential emergence of terrorist groups or lone wolf extremists capable of carrying out violent attacks.

Weapons rights and gun-control legislation are likely to be hotly contested subjects of political debate in light of the 2008 Supreme Court's decision in District of Columbia v. Heller in which the Court reaffirmed an individual's right to keep and bear arms under the Second Amendment to the U.S. Constitution, but left open to debate the precise contours of that right. Because debates over constitutional rights are intense, and parties on all sides have deeply held, sincere, but vastly divergent beliefs, violent extremists may attempt to co-opt the debate and use the controversy as a radicalization tool.

In recent months, rhetoric about using the federal government to target those with divergent political views as “terrorists” has reached a fever pitch. The ACLU and other civil libertarians have warned about attempts to empower the federal government to pursue a new and misguided domestic war on terror. Former CIA Director John Brennan even suggested that the national security apparatus be turned on libertarians.

As bad as the current shadow gun ban regime is, there is legislation moving through Congress to make it even worse. H.R. 1446, would eliminate the three-day default proceed on NICS checks and would empower the FBI to indefinitely block FFLs from transferring firearms.

Under the bill, there would no longer be a set timeframe under which the FFL could proceed with a transfer if the FBI failed to give a definitive answer to a NICS check. An unresolved delay would become a presumptive prohibition on the transfer, even if the FBI never identified a disqualifying record.

Instead, the intended transferee – who already filed the Form 4473 with the FFL – would have to file a second petition with the government making the exact same declarations of eligibility and, once again, asking the FBI to rule on the matter.

But what would happen if the FBI didn’t resolve the follow-up petition?

In that case, the bill would require the FFL to wait at least 10 additional business days from the date the intended recipient filed the petition to consider making a default transfer. How the intended recipient is supposed to prove to the FFL the petition was even filed in the first place is not specified. This onerous and nebulous appeal procedure would only serve to exacerbate the threat posed by FBI’s current abuses.

The prejudices and unproven hunches of federal bureaucrats should never determine the exercise of a Constitutional right. That is why NRA members and other gun rights supporters must continue to work to oppose legislation that would give the federal government further discretion over the exercise of Second Amendment rights or compound the government’s current abuses.