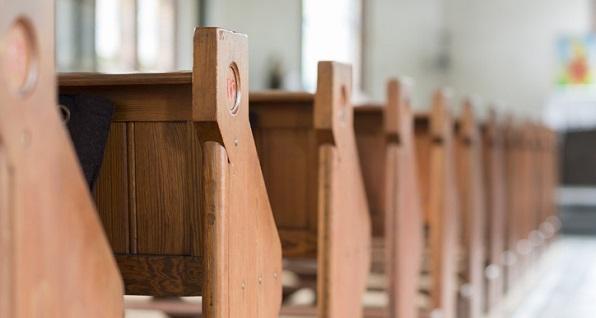 Firearms and Churches: Time for the Ohio legislature to correct this repugnant law

People, politicians and the media get all wrapped up about active killers in schools. We cry about the losses and there are demands to “do something.”

But the dirty little secret is that twice as many people are killed on church property every year compared with the number killed on school property. While the death count is smaller per killer, there are many more lethal events at churches. This has long been true. With many schools implementing armed staff, more active killers are moving to churches for higher body counts. The problem for churches is large and growing.

Ohio law is rather twisted on the subject.

The Ohio Constitution states, “The people have the right to bear arms for their defense and security;”

It does not specify they must be open, or carried discretely, just that we have the right to have them for defense and security.

Ohio does limit the possession of deadly weapons in police stations, schools, courthouses and other government buildings. There are no such limits on carrying guns in churches.

But there are limits for those with a concealed handgun license (CHL) even though they have documented training, background checks and a state license to carry.

While firearms in/on some government entities are controlled by state law, Ohio does not ban the carrying of firearms in other businesses, with the notable exception of churches. Ohio treats places of worship differently than other business. There is no valid reason for this bizarre treatment. There is no compelling need to restrict a fundamental right. This is simply flawed law. (more on this later)

Without permission, persons carrying concealed firearms would be in violation of ORC 2923.12 Carrying concealed weapons. This could be a first-degree misdemeanor or a felony, depending on circumstances. In either case it is a big deal and can wreck someone’s life.

With permission, there is no violation. Many churches have security teams consisting of individuals (usually volunteers) who are armed and have a plan to deal with active killers and other problems. We recently saw the proof of concept as many lives were saved at west Freeway Church of Christ in Texas.

Tragically, many simply hope it doesn’t happen there. Hope is not a plan.

Even if a church does not have an armed security team, that should not prevent a law-abiding person from discretely carrying a firearm to protect their own life and that of their family and friends. Churches don’t make that a crime, the State of Ohio does.

What is truly bizarre is that this crime is not a crime if the church says it’s not a crime. Think about that.

We challenge anyone find another Ohio law with felony penalties, that suddenly is a completely legal if some business tells the state “it’s OK.” That is the absurdity of Ohio law on this topic.

Current law is damaging, and in some cases deadly. It is bad law.

We agree that it’s time to “do something.” It’s time for the Ohio legislature to correct this repugnant law.