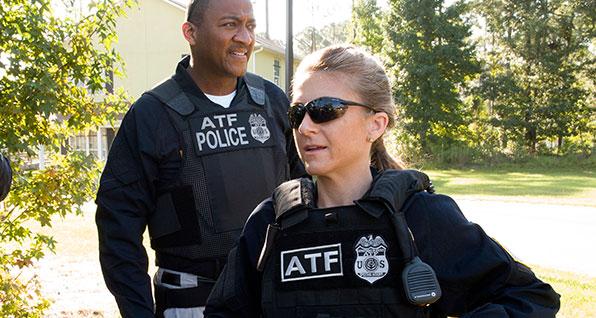 Gaetz Introduces Bill to Abolish ATF; Some Sneer, Others Cheer

Florida Congressman Matt Gaetz has introduced legislation in Congress to abolish the federal Bureau of Alcohol, Tobacco, Firearms and Explosives, igniting a discussion on social media ranging from sneers to cheers.

The simple, one-page bill is titled "Abolish the ATF Act." The language covers a single sentence: "The Bureau of Alcohol, Tobacco, Firearms, and Explosives is hereby abolished."

According to Fox News, Gaetz announced his bill after the ATF issued its "Final Rule" on stabilizing braces for modern semi-auto pistols. He told Fox News Digital the new rule on the arm brace device was the "final straw" which led him to submit H.R. 374.

In a news release announcing the legislation, Gaetz stated;

"House Republicans have the ATF in our crosshairs. The continued existence of the ATF is increasingly unwarranted based on their repeated actions to convert law-abiding citizens into felons. They must be stopped. My bill today would abolish the ATF once and for all."

The ATF's announcement allowed the Second Amendment Foundation to remind the public it had filed a lawsuit two years ago, which was stayed at the time pending the agency's publication of its "Final Rule." That lawsuit is known as SAF et. al. v. BATFE, et. al.

SAF founder and Executive Vice President Alan Gottlieb noted the foundation's 2021 lawsuit raised critical points about what has now been adopted by ATF.

"When we started this process," Gottlieb recalled, "we anticipated where the agency's efforts would lead. With our co-plaintiffs, we will continue to challenge this new arm brace rule."

According to WEAR-TV, "Gaetz and others have insisted that the new rule unfairly punishes disabled gun owners and veterans who rely on these components" to fire their guns.

In his interview with Fox News, Gaetz asserted, "the people at the ATF making these rules fundamentally don't understand firearms." He suggested the ATF "is on a snipe hunt" aimed at convincing anti-gunners the agency is doing something about firearms and crime, "but that has no real practical safety impact on Americans."

The ATF has been criticized by gun rights activists over the years for alleged heavy-handed enforcement of gun laws and for such fiascos as "Operation Fast and Furious"—the so-called "gun walking" scandal of the Obama administration that allowed more than 2,000 firearms to be illegally trafficked to Mexican drug cartels and other criminals more than ten years ago—that was exposed only after Border Patrol Agent Brian Terry was murdered in a gun battle near the border in southern Arizona.

The House Oversight and Government Reform Committee held hearings a decade ago, resulting in embarrassing disclosures about the operation and how it was conducted. During one of those hearings, an ATF agent described Fast and Furious as "the perfect storm of idiocy."

Gaetz has long criticized the agency. As noted in his news release, "In June and September of 2020, he issued letters to Attorney General William Barr and Acting ATF Director Regina Lombardo calling on the ATF to "cease taking any actions and reconsider or rescind any secret determinations which call into question the legality of firearms owned by millions of law-abiding Americans."

The reaction to Gaetz' legislation on Twitter is nothing short of a verbal boxing match between critics of the agency and critics of the Florida congressman. He is ripped for allegedly wasting time and taxpayers' money on legislation not likely to get any traction, while others criticize the ATF and any regulations on firearms ownership. Many respondents support the ATF as an agency that "protects the public from crimes involving firearms, explosives, arson, and the diversion of tobacco products; regulates lawful commerce in firearms and explosives; and provides worldwide support to law enforcement, public safety, and industry partners."

Gaetz indicated to Fox News he has backup plans if his bill to abolish the agency is not successful.

Gaetz sits on the House Judiciary Committee, where his bill has been referred. He predicted hearings on the ATF "in the coming weeks and months" and contended, "we're hearing this very loudly from our constituents, and the reason I filed this bill is, frankly, I think that the ATF should have to justify their existence at all."