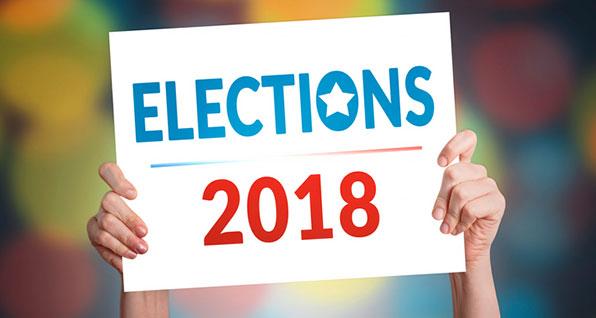 Get out the pro-gun rights vote

It’s cliché but true. Whoever gets their people out to vote will win the election.

If nothing else, President Trump’s win in 2016 proved that using past models to predict elections is a failed idea. Trump won Pennsylvania, Wisconsin and Michigan. No Republican candidate has taken those three states since Ronald Reagan won 49 states in 1984, setting a record with 525 electoral votes.

The same is true if you look at specific counties. Trump outperformed in typically Democrat strongholds like Mahoning and Lorain counties. Democrats are surging in suburban areas that have favored Republicans for years. More than a dramatic swing from one party to the other, we see many people switching parties in both directions.

This year many are predicting a “blue wave” as Democrats retake the U.S. House and many seats in the Statehouse and statewide elections. Those predictions are based in part on Republicans staying home because things are going well. Complacency can kill you in many ways.

The Judge Kavanaugh hearings ignited a fire in the Republican base. Excitement about the election surged. But that is a distant memory in today’s 24-hour news cycle. Will it have any carryover effect come November 6? Some think Issue 1 will drive Democrat turnout and have a more significant effect.

What “October surprise” awaits? Will it matter with a significant percentage of the population voting early? No one really knows.

Many races that were formally considered safe are now in play. Democrats will likely pick up news seats currently held by Republicans. Republicans look good in several Democratic districts. What will the net result be? Which ever side gets their people out to vote is likely to have a very good night (and next 2-6 years)

We are pushing our endorsed candidates harder than ever before because we know how important you are. Gun owners have the ability to control almost every race in the country; when they "vote freedom first,” as the NRA promotes. BFA-PAC is non-partisan, meaning we don’t care about party, we care about our issue.

Ohio is at a crossroads. We are on the cusp of making great progress for freedom and our rights. We are also on the cusp of sliding backwards so far we will probably not recover in our lifetime. Look at the abuses under Florida’s “red flags law” for an example of a “strong pro-gun state” ruining people’s lives and taking their guns who have never committed a crime. The same will happen here if we fail to elect strong supporters to our legislature. Understanding that has me more scared about this election than any prior one, which is why I’m sounding the alarm and begging you to engage in our political process.

Every Ohio voter will have the same eight statewide candidates on their ballot. BFA-PAC has endorsed:

If you don’t know all eight, study them because everyone is important. Winning 7 of 8 races will be disappointing, and it will hurt us long term.

Every Ohio voter will also have a U.S. Congressman, and State Representative on their ballot.

Half of the state will choose a State Senator. There are many local elections for county positions, judges, school boards and more.

You can generate a custom voter guide at https://www.ohiogunvote.com/ Print it and take it with you to vote. Print copies for family members and neighbors.

Vote like your right to own a gun depends on it, because it does.