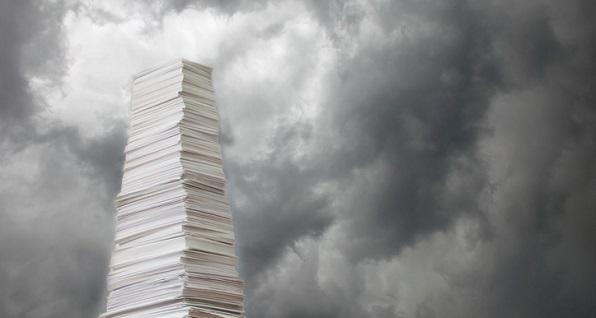 Gov. Kasich issues executive order demanding government do what it's already supposed to be doing

Seven and a half years into his administration, and desperately seeking a way to get immediate media attention and future presidential campaign fodder for having done "something" about mass killings, Governor John Kasich (R) on Monday issued an executive order demanding that government agencies do the job they're already supposed to be doing.

Ohio clerks of court are responsible for reporting convictions and sentences to the National Instant Criminal Background Check System every seven days. But in some cases, courts take several months to report the information, which could allow a felon to buy a gun in the interim.

"There's just no excuse for this data not being sent," Kasich said during a press conference.

The order doesn't punish offices that fail to meet the reporting requirement, but those offices and their reporting history will be listed on the Department of Public Safety website.

On February 27, the Cincinnati Enquirer reported that hundreds or perhaps even thousands of felons in Ohio could still be allowed to pass a background check to purchase a firearm, all because dozens of Ohio courts are delinquent - sometimes by months or even years - in their responsibility to upload some paperwork. This has been going on under Gov. Kasich's watch for two entire terms.

Government officials at every level - from the Broward County Sheriff to the FBI - failed in their duties to prevent the killer from carrying out his acts in Parkland, FL.

Government and existing gun control laws failed to stop a man who murdered people in a Nashville Waffle House less than a year after he was arrested for breaching a barrier the White House and demanding to speak with President Trump.

And Kasich has again highlighted the fact that government is failing us here in the Buckeye State - right under his nose.

Yet the governor and other responsible parties in government are all-too eager to blame and punish law-abiding gun owners who had absolutely nothing to do with these sick acts.

There should be no more talk of laws which only punish the law-abiding - including HB 585 and SB 288, gun control bills being pushed by Gov. Kasich.

Butler County Sheriff Richard Jones said his department is in compliance with state laws “as far as I know.”

“The executive branch is charged with enforcing the laws. The governor should already have answers as to why this data isn’t being reported and what is needed to correct it,” Retherford said. “Instead he just wants reports and recommendations.”

“It is what is supposed to be getting done anyway,” he said.