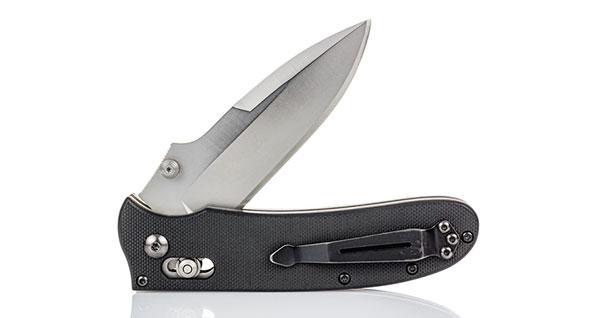 Sponsored by Senator Kristina Roegner (R-Hudson), the new law prohibits “any ordinance, rule, regulation, resolution, practice, or other action or any threat of citation, prosecution, or other legal process” from inhibiting a person’s ability to “own, possess, purchase, acquire, transport, store, carry, sell, transfer, manufacture, or keep” any knife, whether carried openly or concealed.

Ohio's "firearm preemption" law, in Ohio Revised Code 9.68, makes it illegal for local subdivisions to regulate "any firearm, part of a firearm, its components, and its ammunition." And now with this new law, knives will be added to this list of things that cannot be regulated locally.

The new law also makes it clear that "arms" are not just firearms, but knives as well. This is something people frequently forget: the right to keep and bear arms refers not just to guns, but all arms.

SB 156 is a natural follow-up to SB 140, signed by DeWine in January 2021, which repealed the ban on the manufacture and sale of "switchblade," "spring blade" and "gravity" knives, and also cleared up the confusion about carrying knives by defining a knife, razor or cutting instrument as a "deadly weapon" or "weapon" ONLY if it is used as a weapon. This means you can legally own and carry, openly or concealed, any knife, something that was previously unclear.

"This was a completely uncontroversial bill," said Dean Rieck, Executive Director of Buckeye Firearms Association. "While Democrats voted against it, not a single person or organization testified in opposition. The Second Amendment, as understood by the Founders, protects arms of all types. And it's gratifying to see Ohio recognize that keeping and bearing arms refers also to knives."