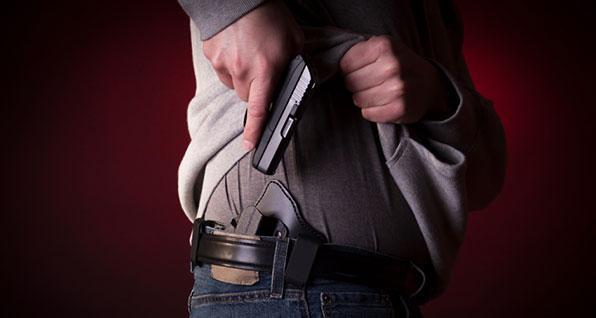 This brings desperately needed relief to thousands of Ohioans who face long wait times to apply for or renew licenses.

Here's what this law change means if you have an Ohio Concealed Handgun License:

Buckeye Firearms Association (BFA) helped the Ohio legislature to draft and pass the amendment to HB 614 to address the alarming logjam of people struggling to get their Concealed Handgun License (CHL) applications and renewals processed at county sheriff offices around the state.

According to a survey we conducted in August, some license holders face wait times from 1 to 7 months, with a few as long as 12 months. As many as 39% said they would go for some period of time without a valid license, leaving them no way to legally carry concealed unless they acquired an out-of-state license.

The backlog started with COVID 19 related shutdowns earlier in 2020. BFA first worked with sheriffs to reopen, then worked with the legislature to rapidly pass a bill with a 90-day extension of CHL expiration dates. However, with record-setting interest in CHL licenses in the wake of rioting and unrest across the country, the licensing backlog steadily grew worse.

As the original extension began running out for many Ohioans, BFA scheduled meetings with House and Senate leadership to craft a better and longer-lasting extension, which resulted in an amendment to HB 614. The bill focused on Ohio's unemployment compensation system, which was all but guaranteed to pass without opposition. This strategy worked perfectly.

We want to thank both Senate President Obhof and Speaker Cupp for working with BFA on a solution to this problem. Without quick action by the legislature, thousands of gun owners would be unable to get the CHL they badly need during these trying times.

We have used this situation as a prime example of why a license should not be required to carry a firearm for self-defense and have continued to push Constitutional Carry as a priority for Ohio, a simple concept that has become law in 17 other states.