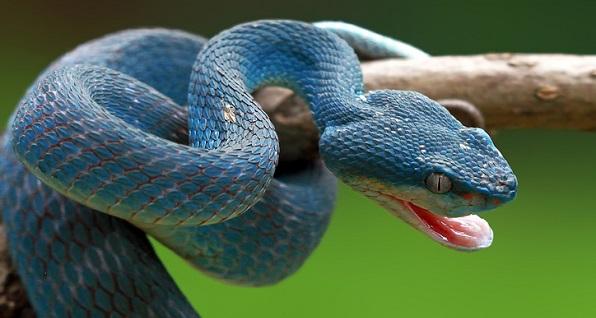 When kicking a nest of vipers, there’s bound to be some hissing. That’s what happens when the light of truth shines into the darkest corners.

That’s what’s happening right now with gun control groups. They’re clamoring about, raising all sorts of noise about how it’s unfair, not right, plain dangerous and irresponsible that government would dare allow for commerce in firearms to be considered essential. That’s not what they’re really mad about. Don’t be fooled. The real frustration is they know that they’re losing the argument and Americans are seeing them for what they really are.

The COVID-19 pandemic has the rest of America donning face masks, but it’s torn the mask off gun control groups. Lobbyists like Everytown for Gun Safety, Moms Demand Action, Brady Campaign, Giffords Courage to Fight Gun Violence have all claimed to respect the Second Amendment and be in favor of only “common-sense” gun laws. They used to say they just wanted universal background checks or closing so-called loopholes.

Not anymore. They’ve completely ditched the rhetorical facade. Now, they’re on a tirade to stigmatize gun ownership. It’s the vocalizations of a cornered beast.

More than 2.3 million background checks were conducted for the sale of a firearm in March. That’s the biggest month on record. It was also largely unexpected. When Americans became concerned about their safety, they reacted by taking responsibility for their own safety. Governors and mayors emptied jails and police departments were affected by infection, thinning the ranks of those who keep communities safe.

Rather than be a victim, Americans voted with their feet and with their wallets. Many retailers reported the bulk of these buyers were first-time gun buyers. Weeks ago, these were people who maybe never considered owning a gun. The gun control argument was esoteric. It didn’t apply. But that changed when the gun buyers were faced with a new reality. Gun control debates quickly went from something rhetorical to existential. Personal and family safety became a real concern and they took responsibility.

That’s what got the gun control community all riled up. They lost the fence sitters. The ones who previously didn’t balk at their call for stricter laws and incremental grabs at freedoms suddenly abandoned them. They walked away from the empty promises and joined over 100 million law-abiding gun owners who own, carry and use their firearms safely, legally and responsibly every day.

Click here to read the entire article at NSSF.org.