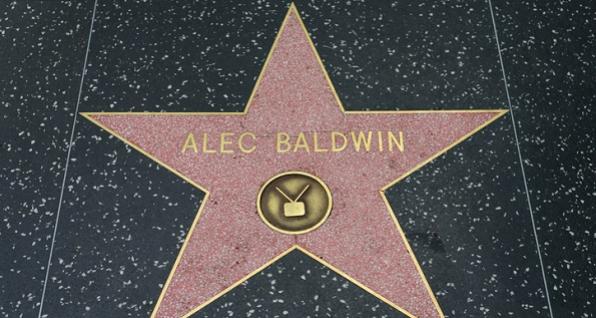 On Thursday, October 21, 2021, the firing of a pistol by actor/producer Alec Baldwin while he was rehearsing a scene on the set of the movie "Rust" resulted in the death of cinematographer Halyna Hutchins and injury to director Joel Souza.

While there is a lot that is still to be learned about the fatal shooting, public statements from witnesses and the release of a search warrant provides enough information that I believe it is now appropriate to provide initial comment.

It is important for the Second Amendment community to provide comment on this case for two main reasons:

Nothing in my comments are intended to be insensitive about the loss of life that happened on the set of "Rust." Cinematographer Halyna Hutchins was the married mother of a 9-year old son. Her death is tragic, and her husband, son, family and friends are grieving. Unlike gun ban extremists who run to the microphone in the wake of high-profile incidents involving firearms, often before the facts are known, we as a gun rights community want to be careful to operate carefully and sensitively, based on facts which are known.

So what is now known? According to public statements made by witnesses to police and various news outlets, as well as a search warrant obtained by the Los Angeles Times, we now know that:

Gun owners will note that this tragedy could not have occurred unless several important gun safety rules were violated.

The fundamental NRA rules for safe gun-handling are:

While some rules might necessarily be broken for the purposes of instruction, or in this case reenactment, it is the breaking of ALL the rules at once that leads to tragedy. So for example (and leaving out the question of whether it was necessary to use actual firearms to film this scene), since pointing a gun in an unsafe direction might be required while shooting a film, keeping the other two rules would have avoided this incident from happening. Even two of the rules could have been broken - pointing the gun in an unsafe direction and pulling the trigger - and no one would have been hurt so long as the gun had not been loaded.

While it is common practice in the film industry for actors to trust the person handing the firearm to them to tell them of its current status, checking to see if a gun is unloaded is something ANYone being handed a gun should do, regardless of whether the person handing it to them claims it is or not.

Standard movie-making processes aside, the focus of this investigation and determination of any liability or even criminality will no doubt be centered on how that live round came to be inserted into that gun, and how it went undetected.

Obviously investigators can be expected to look into Motion Picture Blanks' manufacturing and quality-control processes, as well as the movie producers' safety protocols on the set.

Still another area of concern comes by way of TMZ.com, which is reporting that anonymous sources connected to the production told them the gun handed to Baldwin had previously been used by crew members for target practice off-set, using real ammunition.

Finally, given the fact that safe gun-handling practices are in one way or another central to this tragedy, I would remiss not to mention Alec Baldwin's disdain for the National Rifle Association.

As noted earlier, safe gun-handling is of paramount concern to gun owners, and the NRA is the gold standard when it comes to safe firearms training. NRA instructors train over 1 million people to handle guns safely every year - far more than any other gun rights organization in the world, and certainly more than so-called "gun safety" organizations who don't teach safe gun-handling at all, but spend all their funds, time, effort to fight against Americans' right to bear arms.

So when multiple gun safety rules are violated on the set of a movie starred in and produced by someone so vocally critical of the largest safe gun-handling training organization on the planet, and when the producer/actor himself pulls a trigger that leads to someone's death, it bears noting.

In 2016, Baldwin did voice-overs in and promoted an anti-NRA documentary called "Making a Killing."

In 2018, Baldwin joined a coalition of other celebrities and activists in forming the "No Rifle Association Initiative," which aimed to "reduce the NRA's sphere of influence."

"We’re going to shine a bright light on what you and your organization do to America," the group wrote in a letter to NRA Executive Vice President Wayne LaPierre at the time. (Of course, the NRA's influence on more than 1 million people every year by training them to handle guns safely was never something Baldwin and NoRA wanted to shine the light on.)

That same year Baldwin accused then-NRA spokesperson Dana Loesch of not caring about how many dead bodies she steps over in her support for gun rights, and mocked President Donald Trump's support for the NRA during an appearance on Saturday Night Live.

It is time for Hollywood, media and political elites to re-examine their disdain for the NRA. Do they support the training efforts of the world's #1 safe gun-handling organization, or do they truly want to reduce the NRA's sphere of influence, see fewer people being trained, and open up the potential for more accidents like the one that happened on the set of "Rust?"