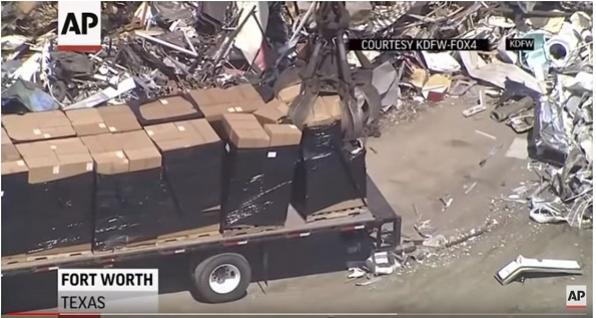 The Associated Press is reporting that a company that was forced to destroy more than 73,000 bump stocks when the Trump administration's ban on the devices went into effect last month has filed a lawsuit against the federal government claiming more than $20 million in losses.

RW Arms of Fort Worth on Monday announced the lawsuit and said the government took its property "without just compensation."

The Fifth Amendment to the U.S. Constitution states that "No person shall be...deprived of life, liberty, or property, without due process of law; nor shall private property be taken for public use, without just compensation."

In the words of Founding Father John Adams, “The moment the idea is admitted into society that property is not as sacred as the laws of God, and that there is not a force of law and public justice to protect it, anarchy and tyranny commence. Property must be secured or liberty cannot exist.”

On the other hand, Karl Marx said “In this sense, the theory of the Communists may be summed up in the single sentence: Abolition of private property.”

If a President's administration can take private property simply by changing the plain meaning of the definition of semi-automatic to exclude bump stocks, they can find a way to take just about anything else. This is why ALL gun owners should be deeply concerned by these events, whether they owned a bump stock or not.