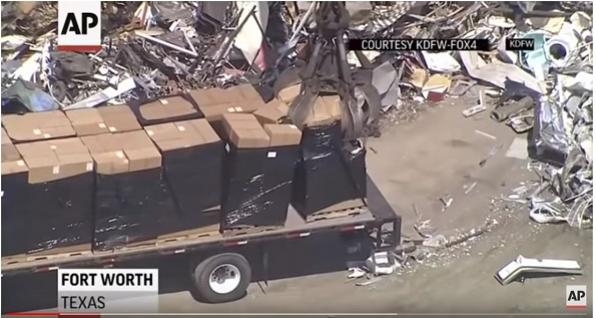 On March 26, the Trump administration's dictatorial ban on bump stocks took effect in the United States. The ban was implemented through executive fiat - Trump instructed his Department of Justice to change an interpretation of a rule on the definition of "semi-automatic" to exclude the devices, despite the fact that they do not change the operation of the semi-automatic firearm. A rifle fitted with a bump stock still requires one trigger pull for each round fired.

While lawsuits challenging this rule are moving ahead, all efforts to win a broad stay on the rule until the courts have decided failed.

The result of this treachery was that many hundreds of thousands of gun owners immediately became criminals. Unless they willingly surrendered or destroyed their legally-acquired property, for which they paid several hundred dollars, they could charged with a felony, slapped with a $250,000 fine and jailed for up to ten years for each violation.

That same day, Fort Worth-based RW Arms brought the 60,000 bump stocks remaining in their inventory to American Shredder, where they were destroyed under the supervision of Trump's ATF agents.

As I viewed these images, I couldn't help but remember images of a similar confiscation scheme, enforced on the citizens of Australia in 1997.

If a President's administration can change the plain meaning of the definition of semi-automatic to exclude bump stocks, they can change it exclude just about anything else. This is why ALL gun owners should be deeply concerned by these events, whether they owned a bump stock or not.