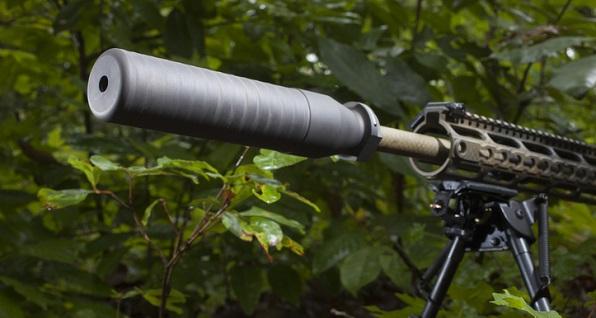 It’s no secret that Hollywood has a very loose relationship with reality. The movie industry, after all, is based on fantasy and escapism, and that’s not necessarily a bad thing. If someone wants to forget about their daily struggles in the real world, there’s absolutely nothing wrong with sitting through the latest blockbuster; watching an improbable hero overcome overwhelming odds to save the day, America, Earth, or even the whole universe. Just try to remember not to confuse what you see on your screen with real life.

Unfortunately, not everyone follows this sound advice.

An entire series of books could probably be written about where movies and reality diverge, and where many have blindly accepted as truth what Hollywood presents. In fact, the popular TV show MythBusters spent countless episodes exploring popular entertainment tropes to determine which ones might actually have some basis in reality. Most received the show’s “Busted” verdict, indicating the hosts and their team could not replicate what was presented on the screen in the real world.

Nonetheless, a great many people still regularly accept what Hollywood presents as reality, and sometimes that presents real-world problems.

Almost from the birth of Hollywood, firearms have been an integral part of the American film industry. The 1903 silent movie The Great Train Robbery, considered by most film historians to be the first American action film, includes armed bandits and an armed posse. After more than a century of putting guns in movies, you’d think American movie makers would be experts on firearms. Sadly, that’s simply not the case, as most in the pro-gun community know.

Again, fantasy and escapism are all fine, but Hollywood’s frequent portrayal of guns rarely coincides with anything in the real world. Heroes simply cannot miss, making shots that would be impossible to duplicate by even the most accomplished marksman. Firearms rarely run out of ammunition, unless it serves a particular plot-point, and normal bullets are capable of causing vehicles to explode.

Then there’s the little problem of the sound made by firearms when discharged.

It’s as if every gun has a suppressor.

Of course, anyone familiar with how suppressors, or silencers, work will understand that last comment was somewhat tongue-in-cheek. Even suppressed, exposure to the sound of a firearm discharging as frequently as takes place in the typical Hollywood shootout would still likely lead to hearing loss.

Which brings us to how Hollywood has fictionalized suppressors.

For decades, suppressors have been presented in countless movies as a cherished tool of spies, assassins, and mafia hitmen. And if these firearm accessories performed as they do on film, that would make sense. After all, the typical Hollywood suppressor performs so well that it can apparently diminish the sound of a firearm’s discharge from a level that exceeds that of a commercial jet at takeoff down to a mere whisper.

As we have pointed out before, this is truly fantasy.

But simply explaining in writing the fallacy that suppressors create virtually silent firearms isn’t the most effective way of dispelling this misconception. An actual live-fire, side-by-side comparison of suppressed v. non-suppressed firearms is the best way to drive the point home. NRA has held several presentations of how suppressors actually work that have been open to elected officials and members of the media over the last several years.

[Last summer], one was held in Richmond, Va.

Anti-gun Virginia Governor Ralph Northam (D) decided to exploit the recent tragedy in Virginia Beach to push myriad anti-gun proposals, including a Commonwealth-wide ban on suppressors, when he chose to call Virginia lawmakers back to Richmond last week in an attempt to rush his proposals through the legislature. As NRA rallied its Virginia members to oppose these attacks on law-abiding gun owners, we also took the opportunity to invite members of the Virginia media to a local gun range to see how suppressors actually work.

While suppressors can certainly diminish the sound a firearm makes when it is discharged, that sound is still quite loud. Even the best suppressors on the market can only lower the sound of a .45 caliber pistol, the firearm reported to have been used in Virginia Beach, from 160+ dBA to 130-135 dBA. That noise from that “silenced” firearm is still above the most widely accepted pain threshold for sound, and is louder than a chainsaw, or even a jackhammer.

The demonstration was well attended and members of the media were exposed to the actual facts on firearm suppressors rather than Hollywood fiction. As one reporter noted, “When the guns are fired with silencers, a loud noise is still made.”

Whether or not other media members in attendance came away with the same conclusion remains to be seen. Thanks to the outpouring of opposition from Virginia’s law-abiding gun owners, Northam’s effort, so far, has fallen short. Nonetheless, NRA will continue to put on demonstrations wherever necessary to help educate those whose only experience with suppressors/silencers comes from the latest spy thriller or mob movie.