How the News Media Skews Reporting of Mass Murders

“Research on the content of crime news has long shown that the news media misrepresent the social reality of crime. Although news organizations are obligated to inform the public, they are also compelled to generate revenue, for they are businesses whose primary purpose is to create a profit….In an effort to make crime news more entertaining, and thus more appealing to consumers, the news media over represent violent interpersonal crimes because they are dramatic, tragic, and rare in occurrence.”- Grant Duwe

I recently finished Grant Duwe’s book Mass Murder in the United States. The book is a decade-by-decade account of all of the mass murders occurring in America during the 20th century. It is a fine review of the topic and belongs in the library of anyone concerned with mass murderers, spree killers, and active shooters. As an account of the history of mass killing, the book has no equals. 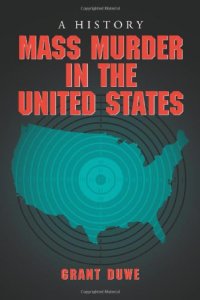 One chapter, however, stood out above the others for me. It was a chapter that analyzed how the media reports mass murders. I’ve long known that the media is biased, but I had no idea how bad the problem really is. Some findings detailed in the book:

There are far more details in the book, but the bottom line is that the news media seriously distorts the reporting of mass murders. If you were only to look at reported mass murders in the media, you would think that all of them were committed with firearms, in public places, by white offenders who were strangers to their victims. That is a very inaccurate representation of reality.

My advice is that you unplug your television and cancel your newspaper subscriptions. If we know that these sources misrepresent statistics about violent crime, what makes you think that all the other information they report is accurate?