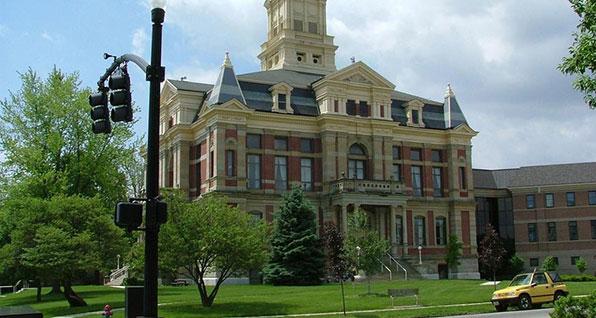 How one man defeated a gun ban in Marysville, Ohio

Who says you need thousands of activists and millions of dollars to fight city hall? Sometimes all it takes is the will to make a change and the persistence to follow through.

That's how one man defeated an unconstitutional ban on firearms in Marysville, Ohio city parks. No demonstrations. No lawsuits. No political battles. Not a single word spoken in anger.

To protect the identity of the hero of this story, I'll just use his first name, Jeff. For the record, I had never met Jeff at the time he first contacted me, and he was not affiliated with BFA other than being a newsletter subscriber. Jeff was just an ordinary citizen who had family he frequently visited in Marysville and who was unhappy that he couldn't carry the tools necessary to defend them in a city park.

It all began on September 19, 2016 when I received an email from Jeff telling me that the Marysville city website declared that firearms of any description are not allowed in city parks. He said he thought it was illegal for a city to override state law, and asked what he could do.

Jeff was right. The passage of HB 347 back in December, 2006, established “preemption” in Ohio. That meant that local regulation of firearms became completely preempted at the State level, ending the patchwork of firearm laws across Ohio. Most importantly, the new law made the award of attorney fees mandatory for any group that successfully challenges a municipal firearm ordinance. Cities choosing to defy the law would financially pay for their obstinance.

Every city in Ohio should have known about preemption because the dramatic passage of this sweeping firearms law reform made headline news.

When the law went to the desk of then Governor Bob Taft, he vetoed it. Just 3 hours later, the Ohio House voted to override the veto, and days later, the Senate followed suit. It was the first time in more than 3 decades that Ohio had seen a veto override.

That was 2006. In 2016, when Jeff became aware of the ban on guns in Marysville parks, the city ordinance was nearly 10 years out of date. It was unclear if authorities ever enforced the gun ban, but it was time for Marysville to come into compliance with state law.

He wasn't sure he was making any headway, so I decided to contact the Marysville City Manager directly and politely shared information about the 2006 law change and, without much subtlety, also shared details on how the Ohio Supreme Court ruled against Cleveland and how Buckeye Firearms Foundation sued Cleveland to stop enforcement of unconstitutional gun laws.

I never heard back from the City Manager, but the Public Service Director called Jeff to say the city was aware of the unenforceable city code and that they were working on the issue. By October 10, the Marysville City Council introduced a motion to repeal the offending city code.

Jeff attended the meeting, where the City Manager discussed the matter and told the Council that the law was “unconstitutional.” There were no objections from Council members. Jeff personally thanked the City Manager and the Public Service Director for their cooperation.

At the November 24 City Council meeting, members voted to repeal the park gun ban. Then, on February 16, 2017, I received a final email from Jeff saying that at long last, the Public Services Director has assured him that new park signs had been ordered. About the same time, the city deleted the gun ban language from the text of the city code and updated the city website.

In all, the process lasted only 5 months. And while I did supply some information to Marysville officials and stood ready to take things to another level, the victory belongs to Jeff. And it's only fair to commend Marysville officials for taking action when a citizen applied a little pressure.

It won't be recorded in any history book. However, Jeff's actions, persistent but polite, forever improved the lives and protected the rights of all 22,094 citizens of Marysville, “Where,” as the city slogan proclaims, “the Grass is Greener.”