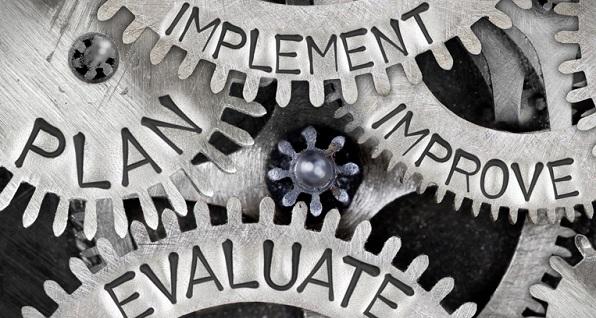 How would you respond if you discover a crime in progress?

While I was at the Rangemaster Tactical Conference recently, I attended a class called “Surviving Extreme Events” taught by John Holschen. I’ve taken several of John’s classes over the years. I really appreciate his experience and perspective on the issues he discusses. He’s one of the best tactical instructors in the business.

This particular class focused on strategies that the armed citizen might use to successfully survive an active killer attack or terrorist bombing. His entire presentation was phenomenal but one particular concept stands out in my mind, John related an analogy that was so good I feel compelled to share it with a broader audience.

I’m going to paraphrase John’s story. I’ll probably screw something up, but you’ll get the point at the end. My apologies in advance to John if I mutilate the point he was trying to convey.

For the sake of argument, let’s say that you stop into the same gas station every morning for a cup of coffee on your way to work. The same register clerk (let’s call her Tina) is working each day. You develop a friendly rapport with Tina as you buy your daily coffee. You guys don’t hang out, but you know each other’s names and recognize each other on sight. In other words, Tina is just a casual acquaintance.

One day you enter the gas station and see that Tina looks extremely sad. You ask her what’s wrong. She tells you that she has a medical condition that requires a $50,000 surgery. She has no health insurance or the means to pay the large bill. Tina tells you that she will die if she does not have the operation.

Would you give Tina (a casual acquaintance) $50,000 out of your own bank account in order for her to have lifesaving surgery?

Unless you are incredibly well off and philanthropic, most of us would answer that question with a very certain “no.”

We might try to organize a GoFundMe page for Tina. We might contribute a little cash towards the cause. We may help Tina get in touch with additional resources that may be able to assist her. But give someone with whom you have only a passing acquaintance $50,000? Not many of us would write that check. Our resources are better directed taking care of ourselves, our family members, and close friends.

Now, let’s change up the scenario a bit…

When you walk into the gas station today, you see that Tina is being held at gunpoint by an armed robber. The robber appears agitated. You think he might actually shoot Tina in the face as she fumbles to open the cash register drawer.

The robber does not see you. You are armed and close enough to the robber that you can hit him with your CCW gun very easily. Tina’s life is very clearly being threatened by a crazed robber armed with a deadly weapon.

Would you shoot the robber?

I’m betting that a lot more of my readers would answer “yes” to the shooting question than would write Tina a $50,000 check for her medical procedure.

Yet if you shoot someone, you risk being arrested and sentenced to a long prison term. You risk lawsuits from the person you shot, the business where the shooting occurred, and any innocent bystanders who were “traumatized” by your actions. Your legal expenses and bail money will very easily surpass the $50,000 mark

In both instances you are potentially saving a life.

Why are you more likely to shoot to defend the life of an innocent acquaintance than you are to pay for her surgery when both actions cost the same?

Do you truly understand the potential downsides of shooting a criminal assailant? Are you willing to write that $50,000 check? Are you sure you really want to engage this potential threat?

If you pack a pistol you need to make that decision well in advance of the actual incident. Be very prudent when stepping into other folks’ problems.

I want to thank John Holschen for providing such thought-provoking fare and an excellent class.

Lots of folks got spun up about this simple scenario. They said it was an inaccurate comparison. People commented how both life saving surgery and legal costs could exceed $50K. All those folks missed the point of the analogy. Regardless of the true costs, it’s a simple question. Why are you more likely to do one thing than another when both have the same outcomes and the same costs? That’s what you should be focusing on.

Several folks wrote about not being able to live with themselves if they willingly let another person be killed when they had the ability to stop the killer. Those folks should also look at an alternate possibility. What if the robber wasn’t actually planning on shooting Tina, but when you fire upon him he changes his mind? Before he finds you, he dumps a couple rounds into Tina’s head. There is regret for not acting, but there is also the risk of regret for acting and making the wrong choice. Both are possible and they need to be balanced against one another.

Please note that I did not advise anyone to never intervene during a crime in progress. The point was to get you to think about what you are willing to risk for a relative stranger. You have to make your own decisions about that.

One reader asked about my specific strategy in terms of responding to an active killer attack if I was off duty and not working at my cop job. This is what I’ve planned to do:

If I’m not on duty when the active killer attack takes place, my primary goal is to get my family/friends out alive. If I don’t see the shooter, I’m generally not going to go hunting. Instead, I’m going to get myself and family members/friends to safety outside.

If during our escape we encounter the killer and he threatens me or my group, I’ll take him out.

If during our escape I stumble upon the shooter without his noting my presence, I’d probably take him out if I thought I could do it safely without endangering my companions.

The bottom line is that “my people” are depending on me. I can’t take care of them if I’m dead. Off duty, I’m not going to take any unnecessary risks that might jeopardize my loved ones’ future lives.

All of those innocent victims had the same opportunity I had with regard to choosing to get quality training and carry a gun. For whatever reason, they chose not to purse those avenues. Decisions have consequences. If you choose to outsource your protection to the police, then you’ll have to wait for the police to arrive to solve your problem. That’s on you, not me.

With that said, there are certain populations that are unable to protect themselves. If this active killer event was happening at an elementary school, I might be more likely to take the offensive and engage the killer. A bunch of third graders can’t be tasked with their own protection. Someone has to do it for them. Each situation is different. If there are a large number of victims incapable of protecting themselves and a relatively long police response, I might consider offensively engaging the killer once my loved ones are safe.

The bottom line is that it’s not my job to protect a stranger (assuming I’m not working my cop job) when doing so causes a potential loss for the people I actually love.

One can make the argument that I’m not legally obligated (per Supreme Court case law) to protect any individual or group even as an on-duty police officer. That may be factually true, but if I’ve taken a job and am collecting money to keep people safe, I consider it a moral duty to respond. If I’m working, I’m going to quickly find the killer and take care of business. If I’m not at work, I’m likely to get my people to safety and let the on duty coppers respond to kill the shooter.

Another reader asked about optimal strategies if one decides not to intervene in the gas station robbery. If you choose not to shoot, you should do the following:

– Find a position of cover

– Try to ID robber’s getaway driver and be sure you are protected from him as well. Take a picture of the car if you can do so without further endangering yourself.

– Be prepared to render first aid to possible victims

That’s my take on intervening during crimes in progress. You don’t have to like my response or agree with my decisions. Regardless of how you feel about my plan, you should definitely come up with a plan of your own before you are thrust into the chaos of a lethal force threat.