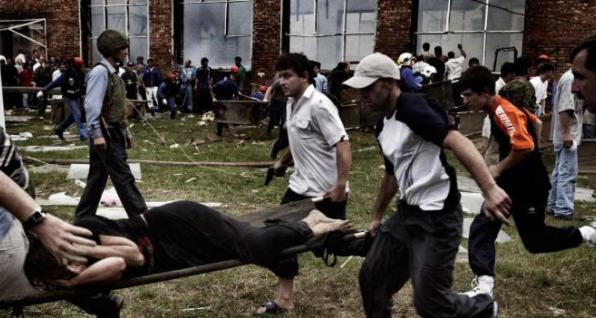 IMPORTANT Seminar Oct. 24: "Preparing for Terror - The Massacre Coming to Your School"

You saw the terrorist attacks on 9/11/2001 when 4 airplanes were hijacked and flown into the World Trade Towers, Pentagon, and a Pennsylvania field. And there have been more attacks in the years since ... Trolley Square Mall, Ft. Hood, Navy Yard, Boston Bombing and more.

Home-grown terrorists are among us and can cause severe trauma and death to those they target, but a far larger threat many be looming.

Terrorists have said: Children are noble targets! We owe America 2 million dead children, just to even the score.

It happened on September 1, 2004 and lasted three days. Over 1,100 were captured and held hostage, including 777 children. It ended with 385 innocent people dead. Experts say it will happen in America sooner than we think, possibly in your community.

Come learn the lessons about terrorism from one of the world’s experts. He was in Beslan in the days following the attack. He talked to the soldiers, the government officials and the victims. He has spent 15 years studying these events and teaching others the horrifying lessons we cannot afford to ignore.

Discover what to look for, and what steps you can take to make your town, your community, and your schools safer from this looming threat.

This will be a frightening look into actual events that happened to school children and what many believe is currently being planned for YOUR children.

Terrorists are smart enough to learn from past events. We must be too.

CANCELLATIONS & REFUNDS: For most of our events, you may cancel and receive a refund (less a $10 processing fee) up to 3 weeks before an event. No refunds within 3 weeks of an event.

Dr. Giduck has a Bachelor’s Degree from Penn State and a law degree from the University of Denver. He also earned a Master’s Degree specializing in Russian studies, from the University of Colorado, which included completion of the Russian Culture and Language Program at St. Petersburg State University in Russia. He holds a Ph.D. in Middle East Studies from King’s College in London. His dissertation was on the evolution of jihadist terrorist mass-hostage siege tactics throughout the world and formed the basis for his latest book. 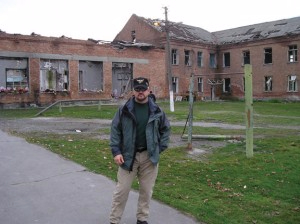 He has traveled and worked throughout the world, including years working in Russia and the former Soviet Union, and his master’s thesis was an examination of the expansion of Russian organized crime after the collapse of the Soviet Union. He has provided training for U.S. state and federal law enforcement, government agencies and special operations military units.

He is a member of the Advisory Board of the College of Disaster Medicine and Management of Philadelphia University, where he teaches master’s level terrorism courses, in addition to teaching criminology and homeland security courses at Regis University as well as at the doctoral level for Colorado Technical University.

He has authored several books: Terror at Beslan: A Russian Tragedy With Lessons for America’s Schools; Shooter Down! The Dramatic, Untold Story of the Police Response to the Virginia Tech Massacre, along with co-author Police Commissioner Joseph M. Bail; and When Terror Returns: The History and Future of Terrorist Mass-Hostage Sieges.