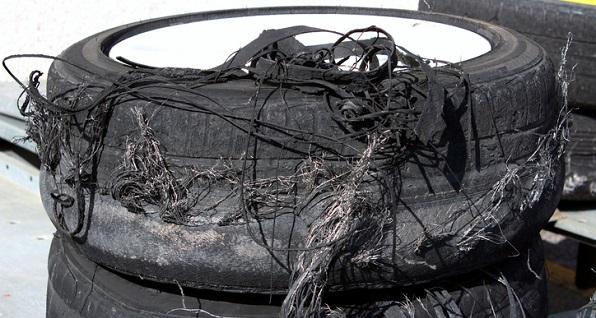 That is what John Kasich (R) pulled me aside to tell me back on April 13, 2009. We had just finished a 15-20 minute roundtable discussion on the subject of Kasich's record on gun rights. The former congressman-turned Fox News analyst had been traversing the state, seeking to secure support in his first bid for the Republican gubernatorial nomination, in an effort to unseat then-Governor Ted Strickland (D).

The meeting, about which I have never written previously, was comprised of less than ten people, included Kasich, myself and a fellow pro-gun rights advocate, the mayor of a northwest Ohio town, several county Republican central committee members, a county prosecutor, and two members of Kasich's staff.

While the specific purpose of the meeting was to address concerns from the gun rights community about Kasich's record of support for gun control while a congressman, my sense was that Kasich expected a rather friendly audience.

After the group had exchanged pleasantries, Kasich got the conversation started. He explained that he was aware of concerns among the gun rights community due to his congressional record. He said he voted for the 1994 Clinton "assault weapons" ban because he didn't see it as an infringement on the Second Amendment. If he had, he claimed, he'd never have voted for it. Since then, he told the group, he had come to realize it was useless. If he had it to do over again, he assured us, he wouldn't have voted for it.

While this meeting wasn't recorded, Kasich WAS recorded saying something very similar when Buckeye Firearms Association Leader Joe Eaton got to ask him a similar question about his support for the Clinton Gun Ban at a Voice of America TEA Party rally later that year:

Having spent the better part of the last two decades fighting Republicans over the gun issue, gun owners were naturally hesitant about supporting a guy who was a leader in crafting the 1994 Clinton "assault weapons" ban.

It was very clear to me in our meeting, as it is in the above video, that he didn't appreciate the suggestion that he would do anything other than say what he means and mean what he says.

I went on to question him on his level of support for other specific gun rights issues being debated at the time (all of which he said he supported "in concept"), and Kasich concluded the meeting by saying that if he was elected he would need our help. I and the other attendees thanked him for his time. I stayed behind to talk to the others as he left the room.

After 30 seconds or so I hear, "Chad! Chad!" It was one of Kasich's staffers. I was pulled into the other room, where Kasich was waiting. He pulled me aside in a corner, looked me in the eye, and said, "Look, this is between you and me. I'm not going to f#$! with your guns. Why the hell would I do that?"

I advised him that he needed to do more than have a few private meetings about this if he wanted to get the word out, and that I was looking forward to continuing our dialogue.

Dialogue with his campaign did continue throughout that primary season and into the general election campaign. But as long-time readers of this website will recall, Buckeye Firearms Association's political action committee (BFA-PAC) eventually endorsed Ted Strickland for reelection. The decision, made solely on the two candidates' records on Second Amendment issues, brought no small amount of criticism from Republicans.

Kasich won a narrow victory. It's been nearly 8 years since then, and he and Republican legislators have only passed a handful of pro-gun bills - hardly an impressive record.

Which brings us to today.

After having assured me personally, and gun owners many times publicly, that he would protect our Second Amendment rights, John Kasich has now reverted to his 1994 self.

Last November, it was a call on national television for a ban on bump stocks, and a call for common-sense gun control in a Cleveland Plain Dealer editorial. This week, it's a call on CNN to restore a ban he admitted in 2009 didn't work, and a move to scrub his website's Second Amendment page.

When the best he has to offer on the scourge of school shootings is a decades-old failed idea, the proof is here for all to see:

The John Kasich of 1994 is the John Kasich of 2018 and the future - a flip-flopping, flop-flipping politician whose instincts are to blame the object and to restrict the rights of law-abiding gun owners, rather than to focus on the mental health, cultural and even national security issues that are really at play.

John Kasich: Changing stance on guns draws fire - including from his No. 2.