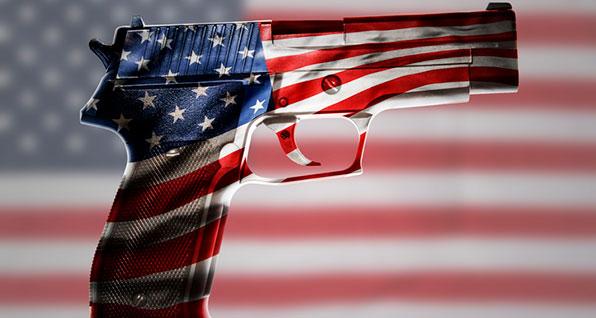 According to them, we're a a tiny group of radicals. Hardly anyone uses guns to defend themselves. Owning multiple guns is unusual and suspicious. Few people have any use for AR-15s or magazines over 10 rounds. Gun owners are primarily old, fat, white, racist men. And so on.

However a massive survey of American gun owners by William English of the McDonough School of Business at Georgetown University proves gun control advocates wrong about these and other false ideas.

The professional survey firm Centiment conducted the survey between Feb. 17 and March 23, 2021, and Professor English updated the survey in May, 2022.

According to the abstract, the survey "aims to provide the most comprehensive assessment of firearms ownership and use patterns in America to date."

Participants included a representative sample of about 54,000 U.S. residents aged 18 and over, and identified 16,708 gun owners who answered in-depth questions about ownership and use of firearms.

So much for the unflattering and misleading caricature of American gun owners. These survey results prove what we've been saying for years: gun ownership is both wide-spread and highly diverse. And most notably, use of guns for self-defense is extremely common, averaging 4,575 times a day.

Let's put this into perspective. Baseball is so popular and is such an integral part of American culture, it has been called "America's Pastime." On average, about 11.75 million people watch the World Series. But according to this survey, 81.4 million American adults own guns. That's about 7 times the number of people who watch the World Series.

So if baseball is America's Pastime, what does that say about guns and gun ownership? It's not radical or unusual. It's actually as American as baseball, hot dogs, and apple pie.