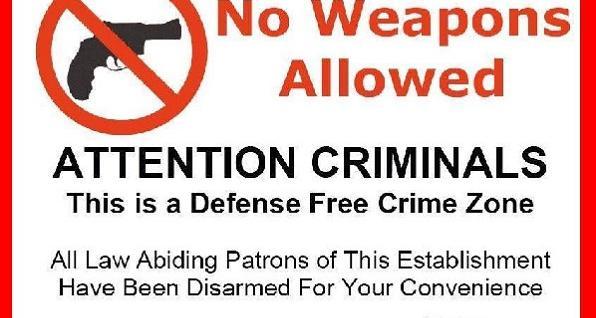 Just 24 hours after a man influenced by Islamic extremism slammed his car into a crowd of Ohio State students and then began slashing at them with a butcher knife, OSU students and others presented testimony on a bill pending before the Ohio Senate that would allow universities the option of restoring their students' self-defense rights on campus.

HB 48 passed the Ohio House over one year ago by a 68-29 vote, but has been languishing in the Ohio Senate, where members have been preoccupied with the election cycle. The Senate had scheduled to resume hearings on the bill last week, before the attack at OSU. Members of the Senate Government Oversight and Reform Committee heard tesimony from both supporters and opponents of the bill this week.

Proponents of a bill that would in part allow colleges and universities to permit the carrying of concealed firearms on campus told a Senate panel Tuesday that it would improve student safety.

"We know that when these attacks are stopped by an armed citizen, there are usually a lot fewer injuries than when we must wait for police officers," said Jonathan Beshears, a law student at OSU. "Why do we insist that students cannot feel safe on campus? Is a college classroom somehow more sacred than a place of worship?"

"There is a strong, quiet majority that understands that police cannot be everywhere at once, and want to be able to keep themselves safe," he said. "Make the knife-wielding maniacs be the ones who have to live in fear."

In follow-up commentary, Sen. Bill Seitz (R-Cincinnati) observed the bill would also benefit students who park off campus and then walk to campus.

Shannon Davis, an OSU student, said she was in a classroom during Monday's attack and realized her pepper spray likely wouldn't help, and none of her classmates were armed to protect against an attacker.

"I have a number of friends who are not going to class today because they are terrified," she said.

Sen. Michael Skindell (D-Lakewood) asked Ms. Davis if there were any areas where she thought concealed carry should not be allowed.

She said in government buildings, which have metal detectors, it could be banned, but in open areas like a full college campus, it doesn't make as much sense.

Others offering proponent testimony included Jack Hershey, president and CEO of the Ohio Association of Community Colleges, who offered praise for a provision in the bill which would allow each campus to decide its own policy.

"The state must show a need to restrict a fundamental, constitutional right. There is no evidence that restricting good people from the means to defend themselves in government buildings provides any good for society, and given that almost all active killers select places where guns are prohibited for their crimes, there is a strong argument that such bans are dangerous," he said.

Opponents, meanwhile, offered the same worn-out claims they've been making for the past decade in Ohio - warnings and predictions of mayhem that NEVER come to pass.

Opponents of a bill that would allow colleges and universities to permit concealed firearms on campuses told a Senate panel Wednesday that the policy would only make campuses more dangerous.

Dozens of speakers told the Senate Government Oversight and Reform Committee that the change would increase the likelihood of violence and accidental harm.

Former state Rep. Marian Harris, representing Ohioans for Safe Communities, said the bill would expand the rights of concealed carry permit holders at the risk of possible harm to the majority of Ohioans who don't hold the permits.

"None of these changes increases the security of Ohioans from gun violence," she said. "On the contrary, by expanding the rights of concealed carry licensees to take guns into more places and reducing penalties for concealed carry violations, the rights of Ohioans to be free of the possible intimidation, accidental loss or discharge, or assault by a concealed carry holder who may lose his or her composure are diminished by this bill."

Steve Mockabee, a professor of political science at the University of Cincinnati, said the Ohio Conference of the American Association of University Professors opposed the bill because it would introduce more guns onto college campuses and lower the penalty for people who carry firearms in gun-free zones.

"We believe it is important to keep the penalty for carrying in a gun-free zone a felony, so that conceal/carry licensees understand the severity of breaking this important law," he said. "A minor misdemeanor is a slap on the wrist that will not serve as an effective deterrent."

Mr. Mockabee did not offer an explanation as to his theory on why the OSU attacker was undeterred by the numerous felony prohibitions to his actions on Monday.

Rev. Kristine Eggert of South Euclid said she opposed the bill despite it not including churches, saying it was written for the convenience of the 4% of Ohioans who have concealed carry permits.

"It is not a bill that is about safety for all of us who live in Ohio," she said.

Amy Thompson, a professor of public health at the University of Toledo who has studied gun violence, cited statistics showing that students, campus law enforcement and other groups oppose more guns on campuses.

"The bottom line is this: This is not a good idea," she said. "We can't expect that an armed student or faculty member is going to save the day."

John Gilchrist, legislative counsel for the Ohio Association of Chiefs of Police, testified against elements of the bill that would allow concealed carry permit holders to carry in public areas of police stations and reduce the punishment for people who knowingly carry in gun-free zones.

"Police agencies are restricted areas, they are not victim zones, as some of the proponents have described them," he said. "Our chiefs do not want people carrying their handguns into the police station."

Senate President Keith Faber (R-Celina) said he expected police stations to be taken out of the bill, along with secured government buildings.

"I think that's going to be changed," he said after Senate session Wednesday. "I think there's general agreement on that. I think what they're going to do is deal with government buildings that are not otherwise secure."