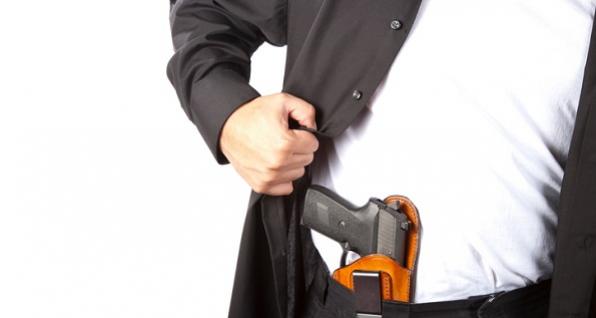 Two local government entities have or will soon take advantage of a Buckeye Firearms Association-backed bill, passed in late 2016, which allows the governing body of government buildings to enact “a statute, ordinance, or policy that permits a licensee to carry a concealed handgun into the building.”

From the Times-Reporter in New Philadelphia:

“We’re not doing anything different than what a lot of other counties have done and school districts have done,” Commissioner Chris Abbuhl said. “We hope nobody ever has to use their weapon. This is putting another layer in place for the safety of employees and safety of the public.”

The employees would be prepared and equipped to defend and protect against an active shooter or other deadly threat.

According to the resolution, an employee would be allowed to carry a conceal weapon in the building if that person has:

According to the article, the policy is similar to what is in place at Tuscarawas County Job & Family Services. Last year, commissioners approved allowing JFS employees to carry handguns as part of new safety-related policies at that agency. Those policies included new security doors and training for some employees to be equipped to handle certain types of situations as a rapid response team.

Members of Lebanon City Council with conceal-carry permits want to be allowed to arm themselves for night meetings.

They say they want to save money that otherwise would be spent on security and to be ready in case an active shooter picks one of their meetings, possibly drawn by signs barring those with deadly weapons.

[Councilman Joe] Shafer, along with Vice Mayor Mark Messer, expressed concern that signs warning those entering not to bring guns or other deadly weapons have the opposite effect on those bent on violence.

During the work session, Messer said active shooters go to public buildings — where guns are prohibited — to carry out their attacks.

“They are all gun-free zones. Imagine that,” Messer said.