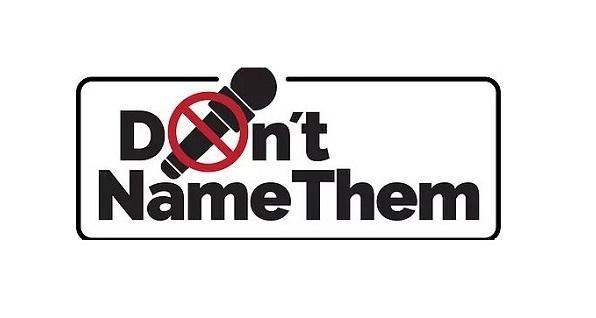 Americans are all too familiar with the background details of mass shooters; it’s hard not to be when media accounts of high-profile tragedies focus their coverage on the attackers, their background, and their motives. This coverage actually gives other deranged individuals something to emulate – and can help spread these tragedies.

“Shooters get enormous attention: their name, photo, motivations, and story are often shared for days following the event. The American Psychological Association points out that this ‘fame’ is something that most mass shooters desire.” But, time after time, media accounts delve into the background of the attacker, searching for an explanation where none could possibly exist. The story is often the same:

A maladjusted person obsessed over the actions of mass shooters, sought the same sort of notoriety and fame, and ultimately choose to carry out their own heinous attack. Criminal justice professor and researcher Jillian Peterson has concluded that "A mass shooting happens and then vulnerable individuals who are actively suicidal and in crisis and hear about the shooting and see this as kind of a script that they could also follow.” This is the contagion effect.

They want to be notorious, to be remembered forever. Some see mass shootings as a contest – they want to kill more people than the last attacker.

These monsters feed off each other. They obsess over and inspire each other. It goes back to the horror at Columbine and the cowardly perpetrators who dreamed their attack would live forever in infamy.

Sherry Towers, a researcher at Arizona State University, studied disease outbreaks before turning her attention to mass shootings. Her work found that mass killings, including school shootings, show significant evidence of a contagion effect. “Vulnerable individuals who are also angry and already considering violence may read or watch the news of a mass shooting and identify with the shooter and be inspired by them.” One mass shooting leads to another. These horrific events cluster together, just like the outbreak of an infection.

Jillian Peterson and James Densley study mass shootings. They’ve analyzed the social media posts, manifestos, trial transcripts, and other records of mass shooters. Peterson and Densley wrote in the L.A. Times almost two years ago that, “most of the shooters had studied the actions of other shooters and sought validation for their motives. People in crisis have always existed. But in the age of 24-hour rolling news and social media, there are scripts to follow that promise notoriety in death. Societal fear and fascination with mass shootings partly drives the motivation to commit them. Hence, as we have seen in the last week, mass shootings tend to come in clusters. They are socially contagious. Perpetrators study other perpetrators and model their acts after previous shootings. Many are radicalized online in their search for validation from others that their will to murder is justified.”

Those words are unfortunately as true today as they were in 2019. Peterson and Densley explain that the contagion effect that contributes to mass shootings is similar to the copy-cat serial killers of previous decades. “After serial killing peaked in the late 1980s, it’s hard to know which faded first — the serial killers themselves or the public obsession with them. The same fear and fascination that created the serial killer panic is what drives the Columbine effect.”

This is not limited to mass shooters. Rolling Stone magazine depicted the Boston Marathon bomber on its cover like some sort of teen idol. None of the victims or heroes of the Marathon bombing or the subsequent manhunt made the cover of Rolling Stone.

Media reports and material posted on the internet live forever. Photographs of the attackers and details about their lives will never go away, and provide fodder for the next animal. So what can we do?

First, the media should stop giving mass shooters the attention they seek. Don’t name them once they have been captured or killed. “Let’s not glorify the attacker by giving them valuable airtime. Don’t share their manifestos, their letters, their Facebook posts. Be above the sensationalism. Tell the real stories – the stories of the victims, the heroes and the communities who come together to help the families heal. Give them no notoriety – deny “violent like-minded individuals the media celebrity and media spotlight they so crave.”

There will always be bad people. We need to do what we can to limit the exposure bad people get, and keep a vigilant watch over our loved ones, neighbors, and communities. We need to be the good people.

Forget the names and faces of the perpetrators. Don’t give any other potential attackers an idol to worship – or a rival to best.