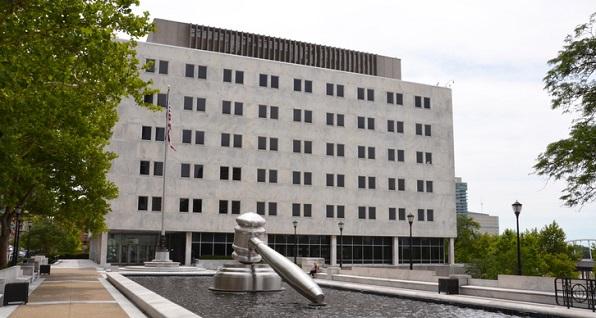 "(Ohio law) prohibits a school from employing a person who goes armed while on duty in his or her job unless the employee has satisfactorily completed an approved basic peace-officer-training program or has 20 years of experience as a peace officer," O'Connor wrote.

The remaining Republican justices dissented from the court's decision. Justice Pat DeWine and Justice Sharon Kennedy, who are both running for chief justice in 2022, wrote that teachers and school staff did not need extensive police training.

"Had the General Assembly intended to condition the authority to carry a firearm in a school safety zone on having the basic police training required of peace officers, it could have written the statute that way," Kennedy wrote. "It did not."

Indeed, that was the opinion even of then-Attorney General Mike DeWine, who in 2012, and again in 2013, expressed his opinion as attorney general that "Ohio law does not prevent a local school board from arming an employee, unless that employee's duties rise to the level that he/she would be considered "security personnel."

The OSC ruling is bound to put pressure on the Ohio General Assembly, who last year neglected to finish work on a bill that would have clarified the intent of lawmakers to allow local boards of education to make their own decisions when it comes to arming staff members beyond those who were hired as security personnel.

Again, from the Dispatch:

The shocking anti-gun rights ruling is bound to remind Ohio gun owners of a 2003 ruling in which the Ohio Supreme Court upheld what was then a complete ban on concealed carry in the state of Ohio.

In that ruling, which, ironically, featured a scathing dissent by then-Justice O'Connor, the Court decided that the concealed carry ban did not violate Ohio's constitution since the ability to carry firearms openly was still allowed in some circumstances.

That ruling prompted Buckeye State gun owners to take to the streets in cities and towns throughout Ohio, conducting Open Carry 'Defense' walks designed to demonstrate the absurdity of state law and demand the legislature to act.

It seems it may be time for school staff and supportive gun owners to take to the streets once again.

Gun owners and other concerned parents should also contact their State Representatives and Senators and demand immediate passage of Rep. Hall's HB 99 (EXEMPT ARMED SCHOOL PERSONNEL FROM POLICE TRAINING), which will expressly exempt persons authorized to go armed within a school safety zone from a requirement to complete extensive peace officer basic training. Time is of the essence if legislators are to ensure that school students are protected this fall.