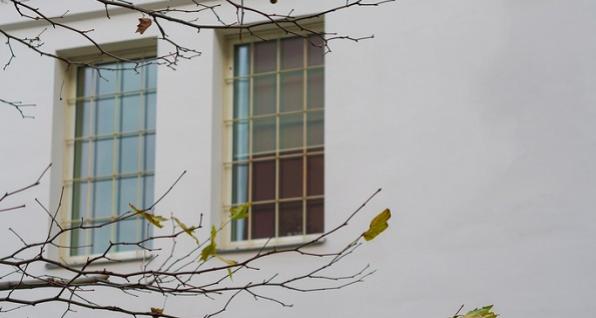 A New Active Killer Trend and Eight Ways to Counter It

Reading about [one] shooting, I stumbled across the following quote:

“Because there were a series of gunshots about a quarter mile away that alerted that staff, and they went on an immediate lockdown without having to be alerted by law enforcement.”

When the gunman was unable to enter the school due to the exterior doors being locked, Johnston said he fired at the building several times before he headed into town along a two-lane road.”

The gunman fired on the building from outside. He spent several minutes walking around the locked school and fired around 30 rounds at the building. The gunman in the Texas church shooting did something similar.

Lots of big historic active killer events started outside and then moved inside. Columbine is one such example. Sandy Hook is another. This is different from both of those. In Columbine, the killers targeted students and a SRO outside before making their way outside. In Sandy Hook, the killer was shooting outside with the sole purpose of breaking the glass to make entry. Neither were randomly firing at the building like our two most recent shootings.

These recent killers fired rounds at the building itself to hit people inside.

I believe this might be a new trend. In past incidents, I only recall one other occasion where an active killer initiated the attack from outside the building. Other attackers have shot doors or windows to get inside a building, but this random shooting from outside is relatively new.

So the question is: “What is the best practice for the occupants of a school or commercial building who are being fired upon from outside the structure?”

Here are some ideas:

First, lock the doors. This is what saved many lives in the California school shooting. When school staff heard reports of shooting nearby, they immediately went into lockdown and secured all exterior doors. The shooter arrived at the school, walked around while firing rounds and trying to find an open door, and then eventually left when he couldn’t get in.

You don’t want this shooting moving indoors where more victims are hiding. Keep the killer outside. That denies him access to victims and makes it easier for police to capture or kill him.

Don’t evacuate. I’ve been a big proponent of evacuation instead of lock down in many school and business shootings. This is not a situation where evacuation makes sense. If the shooter is outside, you want your people inside.

Get low. The killer firing outside would have to be very close to the window to fire rounds that would travel low to the floor. If firing from shoulder height into the window or wall, sheltering victims are less likely to be hit the closer to the floor they can get.

Turn out lights and close window blinds. Don’t provide the shooter with any visible targets.

Consider moving furniture in front of the windows. After closing blinds, as long as rounds aren’t coming through the window, it might make sense to barricade the window area with pieces of furniture as additional cover. Most exterior walls on school or office buildings are fairly resistant to gunfire. Windows are not.

Placing a few school desks or book cases up against the window may provide enough extra layers to slow down the shooter’s bullets before they hit the victims inside.

Consider moving to interior hallways or upstairs. If the shooter is firing from ground level, moving upstairs makes a lot of sense. The angle of firing from a person on the ground into an upstairs window almost certainly ensures that people low to the floor upstairs won’t be hit. The only downside is that it may be harder to escape a second floor hiding spot if the killer breaches the door and makes entry into the school or business.

If gunfire is coming through the exterior windows, moving to an internal hallway will likely put another wall between the bullets and the victims and also insulate them from flying glass hazards.

The problem with this solution is that many school hallways are long and straight. They often line up with exterior doors on the ground floor. If the shooter starts firing into the exterior glass door in line with the hallway where the children are hiding, the walls of the hallway will act as a “bullet funnel” and virtually ensure that more victims are hit.

Moving upstairs or into a hallway might be good moves. They might also be fatal choices. It depends on the structure of the building and where the killer is firing from.

Counterattack. If there are armed staff in the building, they should immediately mount a counterattack. The most effective methods of doing so involve roof access. If an armed person can get up to the roof, he or she could fire down on the shooter without being seen. Do your school or office “security” staff have access to the building roof? Maybe they should.

Absent an elevated sniper position, armed staff should exit the building opposite the side of the gunfire and quickly work to flank (get behind) the shooter before engaging. You don’t want to be trading bullets with a dude who is better armed than you. Don’t just run outside and confront him. Set up an ambush or flanking position and shoot him by surprise. Do you have pre-established external ambush positions identified in the event you encounter a situation like these? Maybe you should.

Long term considerations. If the trend continues, we will see some adaptation. Commercial buildings and school roofs will be constructed with sniper loops or observation points. Snipers or other armed volunteers may be regularly stationed to the roof-based observation points. Exterior school window glass will be covered with a reflective material and/or “hurricane film” to prevent the windows from breaking into dangerous shards under gunfire. Security staff will do regular exterior patrols.

It depends on whether this trend becomes more common or just fades away. We don’t know what will happen. The prudent school, church, or commercial enterprise will review their relative risk from external gunfire and adopt a few of these suggestions to reduce casualties in the event of an external attack.