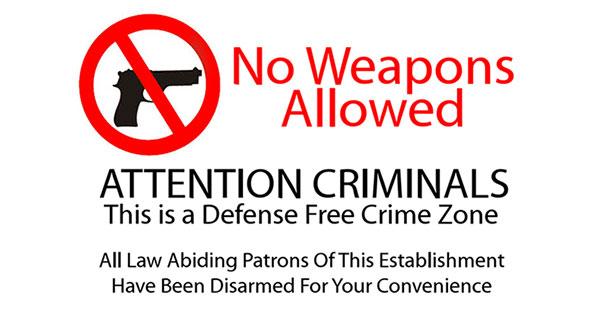 Federal and state governments have enacted several laws designed to protect children from harm, especially while they are attending school. The enactment of these laws followed some notable school shootings such as the Stockton, California schoolyard shooting (aka Cleveland School massacre) in 1989, during which a gunman killed 5 children and wounded 32 others.

The “Gun-Free School Zones Act” was introduced by then Senator Joseph Biden in 1990, and signed into law by President George H.W. Bush. This federal law “prohibits any unauthorized individual from knowingly possessing a firearm at a place that individual knows, or has reasonable cause to believe, is a school zone”. School zones are generally defined as property owned or used by a school or that are within 1,000 feet from the grounds of a school. Exceptions to the law exist for the possession of firearms on private property adjacent to schools, for the transportation of firearms on public highways that pass through school zones, and for other limited situations. Violators of this law are subject to being fined not more than $5,000 and/or imprisoned for not more than 5 years. Individuals convicted of violating this law are also prohibited from owning or possessing firearms for the rest of their lives. The U.S. Supreme Court found the law unconstitutional in 1995 and it has been subsequently modified to address the specific concerns the court had with it.

Additionally, the “Gun-Free Schools Act of 1994” was signed into law by President Bill Clinton. It is a “zero tolerance” law and requires each state that receives federal funds to have a state law requiring educational institutions to “expel, for at least one year, any student who is determined to have brought a weapon to school”. The passage of concealed carry laws also prompted states to define places where concealed firearms could not be carried — i.e. gun-free zones. It was often necessary to impose these limitations in order to secure passage of the laws. These gun-free zones included schools, government facilities, and private property when the owners of that property posted the appropriate signs.

These laws were passed to give the public some assurance that there were places that they could safely go and not be concerned about gun violence. Yet the reality is that posting signs does not protect anyone from violence. Indeed, since at least 1950, the vast majority of public mass shootings in the United States have occurred in places where the possession of firearms is prohibited! Criminals are simply not deterred by signs or the consequences that come from violating the law. They are deterred when the chances of failure are high and the presence of armed individuals at the place they intend to carry out their crime is one of the reasons they seek out “no gun zones” to carry out their killing sprees. Several mass killers have specifically written that their choice of where they carried out their attacks was determined by whether or not they could encounter armed resistance at that location.

The biggest problem that I see with No Gun Zones is that they create a false sense of security. As law-abiding citizens, we try to follow all the rules and trust that our fellow citizens will do the same thing. As a result, gun-free zones should be a place where we can safely be in Condition White and relax our situational awareness. And while this may be true 99% of the time, what about that other 1%? Signs don’t seem to have an impact in reducing drug possession or alcohol consumption any more than they have in preventing criminal gun use. You do obey all of those traffic signs all the time, don’t you? The consequences of violating the restrictions imposed by the signs are generally not greater than the “rewards” to be gained by violating them. And, because of overcrowding in our prisons, the added charges from violating firearms laws are often off-set by the reduced sentences for committing the major crime in which the firearm was used. In the case of mass killings, the killer often commits suicide themselves to end the event. They don’t fear the consequences of violating a law as they have no intention of being caught and standing trial for their crimes. For them, the signs certainly have no deterrent value.

Don’t let a false sense of security be created by a sign! Don’t relax your situational awareness when you are inside a zone “protected” by a sign! There is less of a chance of someone else being there that can protect you because the sign is posted than there would be outside of such a zone.