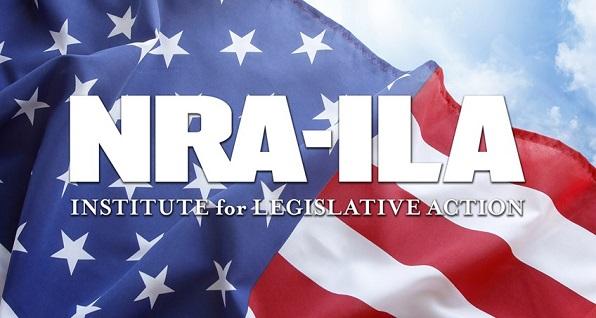 On Tuesday, December 3, 2019, Buckeye Firearms Association Executive Director Dean Rieck submitted testimony to the Senate Government Oversight and Reform Committee in support of SB 237 to remove "duty to retreat" from Ohio law. This was the second hearing on the bill sponsored by Terry Johnson.

The text of the testimony follows:

“No duty to retreat” laws provide that a law-abiding person has no legal duty to run before resisting a criminal attack if the person is in any place he or she has a right to be. These laws are not a new concept in Ohio: they are an extension of the existing “castle doctrine” law [R.C. § 2901.09] whereby a person who is lawfully in his or her residence or a vehicle “has no duty to retreat before using force in self-defense or defense of another.”

All states, whether through legislation or judicial decisions, recognize the right to self-defense both within the home and in public. “No retreat” laws are the rule in a majority of states in the United States. According to NRA’s research, at least 27 states allow a person to use defensive force after being attacked without a retreat requirement if the victim is in any place where the person has a legal right to be.

On behalf of the thousands of Ohio members of the National Rifle Association, let me take this opportunity to stress how important this self-defense legislation could be. “Mandatory retreat” jurisdictions require a person who would otherwise have a right to self-defense to forfeit that right by not first attempting to flee. “No retreat” laws simply mean that the opportunity to retreat is not a consideration in determining whether the victim’s use of defensive force is considered legally justified.

“No duty to retreat” laws were not created by the NRA or any other interest group. They are a long-standing feature of American common law well before the 21st century. For example, the principle of “no retreat” was recognized by the U.S. Supreme Court at least as early as 1895, in the case of Beard v. U.S., 158 U.S. 550, 564 (1895), where the Court explained:

The defendant was where he had the right to be, when the deceased advanced upon him in a threatening manner, and with a deadly weapon; and if the accused did not provoke the assault, and had at the time reasonable grounds to believe, and in good faith believed, that the deceased intended to take his life, or do him great bodily harm, he was not obliged to retreat, nor to consider whether he could safely retreat, but was entitled to stand his ground, and meet any attack made upon him with a deadly weapon, in such way and with such force as, under all the circumstances, he, at the moment, honestly believed, and had reasonable grounds to believe, were necessary to save his own life, or to protect himself from great bodily injury.

Despite the many misconceptions surrounding “no duty to retreat” laws, the truth is, these laws do not do any of the following:

1. It does not protect those provoking a confrontation as a pretext to “fight back.” These laws do not protect “initial aggressors” whose own wrongful act results in self-defense being necessary. Sometimes, however, even the original trouble-maker can regain the right to self-defense if the person realizes his or her mistake, stops acting the fool, and makes his or her change of heart clear to the other party, but the other party, nevertheless, will not let things go and uses unnecessary force.

2. It does not protect those chasing or pursuing an attacker. For self-defense to be lawful, you must be in a true “fight or flight” situation. The use of defensive force is justified while you are actually in a jam. Once the imminent or actual danger is over (because the attacker is running away or is no longer physically capable of continuing the attack, for example), defensive force is no longer justified. A person is not justified in using force for revenge, as punishment to ensure the bad guy “gets what’s coming to him,” or to appease one’s outrage or pride.

3. It does not eliminate resorting to the option of retreat. In a defensive situation a defender may still opt to retreat if that is a reasonable, safe and available option. All that a “no duty to retreat” law would change is it removes the necessity of having to show retreat was a feasible and available option before the use of force is considered legally justified.

4. It does not change the key elements of justified use of force law. A person is justified in using physical force to defend himself or others from what the defender reasonably believes to be the use or imminent use of unlawful physical force by another person, and the defender may use a degree of force which he or she reasonably believes to be necessary for that purpose. The defender must have a reasonable, not speculative, belief respecting the immediate threat or danger, and defensive force must be a proportional reaction. A person cannot use deadly force unless the person “reasonably believes” that he or she could sustain serious physical injury (e.g., the loss of an eye, broken bones, a beating that would cause unconsciousness or hospitalization) or death. A person threatened with a Wiffle ball bat cannot respond with a bazooka.

Unlike what opponents to the law may claim, none of the elements underlying the justified use of force are changed by a “no duty to retreat” law.

The opposition to Senate Bill 237 has suggested that the bill would somehow encourage the needless taking of human life and violate the concept that life is sacred. As noted in an old case, Erwin v. State, 29 Ohio St. 186 (Ohio 1876), though, the Supreme Court of Ohio rejected a duty to retreat argument by indicating that “the surest to prevent the occurrence of occasions for taking life … [is] by letting the would-be robber, murderer, ravisher, and such like, know that their lives are, in a measure, in the hands of their intended victims.” “Sanctity of life” arguments also cut both ways – law-abiding individuals who are assailed in public places have at least an equal right to defend their own lives against would-be criminals.

Determining the feasibility of a “safe retreat” is not easy, in possibly unfamiliar circumstances and while marshalling every resource at hand to focus on a frightening and unpredictable attacker. Moreover, the hesitation a rapist’s victim may have before resorting to defensive force (while she considers possible retreat options) may mean the difference between her life and death.

This bill speaks for itself. Law-abiding citizens should not be victimized by the state for failing to flee from a place they have a right to be, in the face of an unlawful attack by a robber or intruder.

Without a “no duty to retreat” law, a jury could find that an accused defender was lawfully present in a public place, engaged in no provoking or illegal conduct, and was under an imminent threat of death or serious bodily injury caused by a violent criminal—but still find that the person’s act of self-defense was not justified because he or she could have gotten up the steps, into a nearby car, attempted to run out the door, or jumped over the wall.

“Duty to retreat” laws protect the unlawful attacker, not the innocent victim. A criminal in a “mandatory retreat” jurisdiction has good reason to believe a law-abiding person will have to attempt to escape before offering resistance, which means the criminal has less to risk by initiating a physically violent confrontation. On the other hand, in places without a “mandatory retreat” requirement the criminal must consider the possibility that the victim will respond in kind. The point of “no retreat” laws is to reallocate the risk of the encounter on the actual aggressor, rather than the innocent victim.

This bill REMOVES the “mandatory retreat” element. It prohibits the criminal prosecution of victims for defending that which they have a right to defend. It prohibits civil lawsuits by criminals or relatives of criminals when criminals are injured or killed while attacking law-abiding people. This legislation respects and strengthens a person’s inherent right to self-defense.

The bill needs your immediate support to pass. It is for this reason that Ohio NRA members encourage you to back this important piece of legislation. The National Rifle Association respectfully requests that you support Senate Bill 237!

Buckeye Firearms Association works closely with the NRA and appreciates the dedication of their field staff, especially David Weber. We look forward to moving SB 237 forward through the legislative process and once again improving Ohio law.