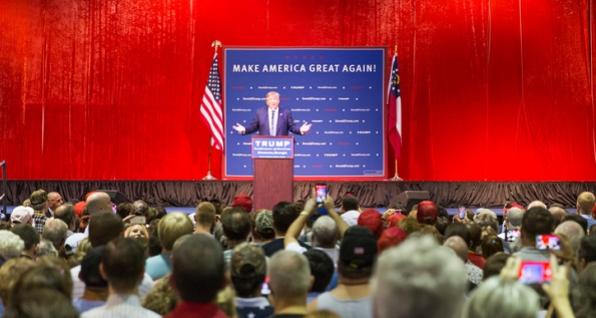 As history's most forthright, pro-Second Amendment president and as a fellow NRA member, President Donald J. Trump has championed the constitutional rights of law-abiding gun owners across our nation. His support has been and continues to be unrelenting, and that is why NRA-PVF proudly endorsed him this week.

Upon entering the White House, President Trump wasted no time repealing an Obama-era scheme that forced Social Security recipients to choose between their benefits and their Second Amendment right to possess a firearm. His leadership left no question that the Second Amendment should never be the subject of such a false choice.

Generations of Americans will benefit from his promise to transform the federal judiciary. By appointing a record-setting number of judges who respect and value the Second Amendment - including Supreme Court Justices Neil Gorsuch and Brett Kavanaugh - President Trump reversed a disturbing trend of appointing activist judges. The long-term impact of these lifetime appointments cannot be overstated, and the NRA knows that his focus on the judiciary will continue to be a very high priority during a second term.

Last year, when he appeared at the NRA-ILA Annual Leadership Forum to announce his "unsigning" of the anti-gun United Nations Arms Trade Treaty, he demonstrated to the world his commitment to American freedom and sovereignty. This decisive act effectively withdrew the United States from a global march toward international gun prohibition and reaffirmed America's founding promise of sovereign, self-governance.

More recently, in response to the spate of COVID-19 orders, the Trump administration rushed to protect America's families and freedom. By declaring firearms and ammunition retailers to be "critical infrastructure," his administration prompted states to reopen gun stores that had been forcibly shuttered. His declaration validated what the NRA and our membership have always known: There is no more fundamental freedom than the right to protect ourselves, our families, and one another. Tens of millions of American gun owners, including millions of new gun owners, are grateful to President Trump and his administration for opposing the un-American notion that self-defense is "non-essential."

He has shown astounding support for our constitutional right-to-carry by taking steps to abolish one of America's largest gun-free zones. The Army Corps of Engineers rulemaking that is currently underway would liberate the rights of law-abiding gun owners on 12 million acres of federal land. His equally staunch support of right-to-carry reciprocity demonstrates his recognition of a fundamental truth: Because violent crime can strike at any place or time, our right to self-defense must not end at a state line.

NRA members are also grateful for his stalwart support for America's hunting, recreational shooting, and outdoor heritage. From the Oval Office, he has supported efforts to expand millions of acres of public access, reverse nonsensical bans on traditional ammunition, and prevent federal infringements upon wildlife management.

Most significantly, the Trump presidency has defended Americans against the oppressive, anti-freedom agenda of politicians like Joe Biden, Nancy Pelosi and Chuck Schumer. Their agenda to ban lawfully owned firearms, ammunition, and magazines warrants no place in American policy. As explained in a Statement of Administration Policy from the Trump White House, a so-called "universal" background check system is "incompatible with the Second Amendment's guarantee of an individual right to keep arms."

The gravest concern of NRA members is a chief executive who harbors contempt for the Second Amendment and an obsession for more gun control laws that empower criminals over law-abiding Americans. Fortunately for America's law-abiding gun owners, President Trump courageously stands in the way.

Please join me in congratulating your fellow NRA member, President Donald J. Trump, for his well-earned endorsement. I would like to thank him - and you - or your continued steadfast support of the Second Amendment.