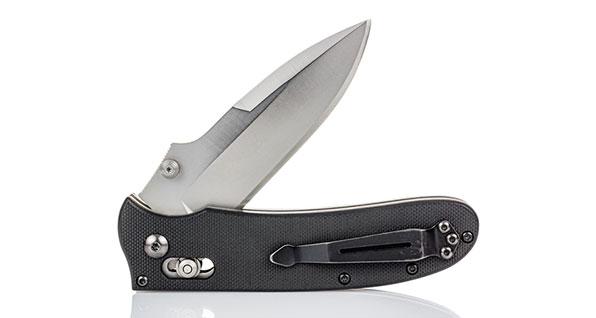 Ohio has some of the most vague and confusing knife laws in the country. When I teach a knife class, I generally have to take more than 30 minutes to explain the intricacies of the legal requirements in the state. Despite all that explanation, I still can’t guarantee to keep my students out of jail. As it’s currently written, any object that could cause serious physical harm or death is illegal to carry concealed in Ohio.

I could stab you in the eye with a sharpened pencil. That would likely cause “serious physical harm,” meaning a person could theoretically be arrested for possessing a concealed pencil in my state. It’s ridiculous. There is absolutely no distinction between a lethal weapon and a small pocket knife in Ohio. For more details read my article on Ohio’s knife laws.

Fortunately for everyone, Ohio’s governor signed Senate Bill 140 into law last [month]. This bill positively reforms Ohio’s knife laws and essentially decriminalizes the regular carry of any type of knife, so long as the carrier does not use the knife as a weapon. The law goes into effect on April 10 of this year.

The actual law change with regard to carrying knives (in the same bill there was also a change allowing automatic knives to be manufactured in Ohio) is quite simple. It’s a one-sentence definition change.

“For purposes of this section, “deadly weapon” or “weapon” does not include any knife, razor, or cutting instrument if the instrument was not used as a weapon.”

In order to be arrested in Ohio for the charge of Carrying a Concealed Weapon, the object you are carrying must be both hidden from view and it must meet the legal definition for being a weapon. The new law states that no knife should be considered a weapon unless it is used as such. Thus you cannot be arrested for carrying a concealed knife unless or until you use that knife as a weapon.

The practical application of the legal change means that you can carry any knife you want in whatever method you want to carry it (open or concealed). You will not be charged with a CCW offense unless that knife was actually used as a weapon in a defensive encounter. Knives are simply not considered weapons under the law until they are used as such.

My friends at Buckeye Firearms summarize the legislative changes in their article titled Governor Signs SB 140 Knife Bill into Law.

Does that mean we’ve all been given a “get out of jail free” card in terms of carrying a blade? Not quite. You can still be charged with CCW after the fact if you actually use the knife to defend yourself.

If you are attacked and you defend yourself with a knife, you could be arrested for carrying a concealed weapon. When used as a weapon, the knife is a weapon under the law. If you had been carrying it concealed before the attack, you could be retroactively charged with CCW.

I don’t see many DAs vigorously prosecuting this particular charge. If you screw up and stab someone outside the bounds of what is considered legally reasonable, expect to be charged. If that happens you should probably be more concerned about the additional charges filed against you than the misdemeanor CCW case. It’s going to be difficult for a prosecutor to prove that your knife was concealed immediately before you used it unless your attack was caught on camera.

While possible, I don’t think it will be common to charge an otherwise law-abiding citizen with CCW for a knife if that person wielded the blade in a reasonable manner to defend himself from an event that he perceived as a deadly force attack.

The other potential trick bag is that the state did not change any local pre-emption aspects of the law. A municipal jurisdiction can make their own laws that can be more strict than state law. Some cities could define “weapon” differently than state law and you could be prosecuted on local charges (which can only be misdemeanors by law). Be careful to know the laws in the cities where you live and work as well as the state code. The two may not be the same.

Finally, don’t forget that you could be civilly sued if you use your knife in an unreasonable manner. In those cases, the type of knife you carry and how you carry it could become factors affecting your guilt or innocence.

You may not be arrested, but you could be liable for hundreds of thousands of dollars worth of damages in a civil suit if you screw up and stab someone who didn’t need stabbing. The state law does nothing to alter the legal environment with regards to civil suits.

My best suggestion moving forward is to carry your knife concealed. Make sure your knife looks reasonably innocuous and that you have a reason for carrying it (other than “slicing throats.”) Only utilize the knife to defend yourself if you are reasonably at risk of being seriously injured or killed.

Overall, this is a positive step forward for the armed citizens of Ohio. Please don’t make the politicians change their minds by screwing this up. You’ve just been given additional freedoms you didn’t have last year. With rights come responsibilities. Don’t mess this up in such a way that would force the politicians to reconsider passing this very useful law.

Also remember that the new legislative changes don’t actually go into effect until April 10, 2021. The rules haven’t changed quite yet.

As always, I’m not an attorney and this isn’t legal advice. If you have questions about the law, I would recommend consulting your attorney or your local prosecutor.