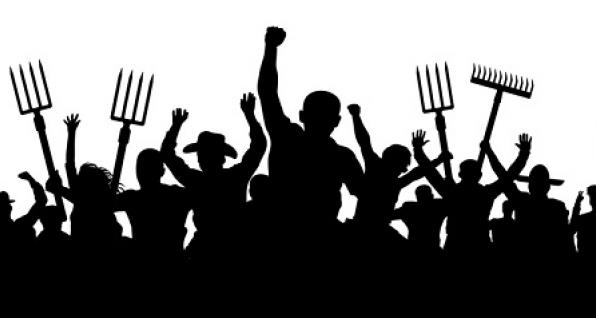 Op-Ed: Voters will rise up against Democrats' jihad on guns

Left weaken police, while denying people the right to protect themselves

The left’s social justice warriors in Seattle, Washington, Portland, Oregon, and here in the East march under the flag of Black Lives Matter, but seem, well, mostly White. They claim to speak for Blacks, Hispanics and others “of color” as well as for the sexually confused but are really the intellectual and cultural heirs of the White, upper-middle class college students of the ’60s who shut down universities in the name of Mao and Fidel.

Their demand that movies of which they disapprove from “Gone with the Wind” to “Kindergarten Cop” be banned and their demand that police forces be defunded or abolished are both silly and dangerous. The attacks on the police are proving particularly dangerous and have created an atmosphere in which crime and murder rates are escalating in city after city. The cruel irony is that the victims tend to be precisely the men, women and children the protesters like to think they are helping.

In July alone, the National Shooting Sports Foundation reports that Americans purchased some 1.8 million firearms, making total firearms sales through July just about the same as for all of last year. Most of the guns being bought now are not for hunting or competitive shooting or to squirrel away as part of a multi-gun collection, but by first-time buyers to have available in case they might need a gun to protect themselves from the very thugs the protesters champion.

Most are buying handguns, 40% or more of the customers showing up in gun stores are women and Blacks are buying more guns than ever and buyers are signing up for classes to learn how to use the guns they are buying.

The fact that sales to Blacks have increased by nearly 60% over the last six months makes all the sense in the world. Many Black families live in precisely those neighborhoods witnessing stark increases in home invasions, assault, rape and homicide amid a real fear that the police are about to abandon the war on crime. Anyone looking for an explanation need look no further than the finding of a recent Gallup poll which give the lie to the protesters who argue that in defunding the police they are doing what American Blacks want done.

Click here to read the entire op-ed in The Washington Times.