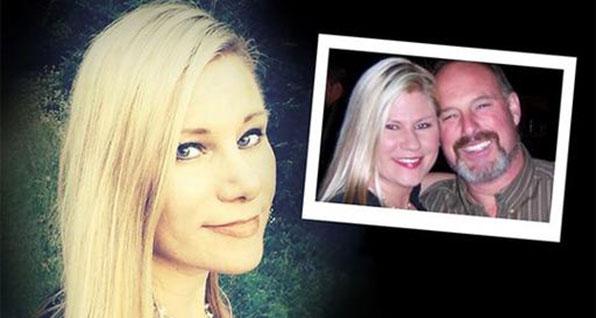 Our friend Nikki Goeser needs your help. Please READ THIS.

"He stalked me. Then he murdered my husband right in front of me. Now he may be released from prison early."

Nikki Goeser and her husband Ben were madly in love. They ran a karaoke business together throughout the Nashville area. And life could not possibly have been better for them.

But then fate took a terrible turn.

A man by the name of Hank Calvin Wise began stalking Nikki. He was warned again and again to leave her alone. But he continued tormenting her for months.

Then one night, more than a decade ago, Nikki's life changed forever.

In a fit of jealous rage, Wise entered a Nashville restaurant and gunned down Ben right in front of Nikki.

And there was nothing she could do about it because her legal firearm was locked in her car in the parking lot. The law prevented her from carrying into the "gun free" zone.

Nikki was devastated. She thought her life was over.

But Nikki has always been a fighter. She refused to allow this murderous beast to have the final say in her life.

So she began telling her story and fighting for Second Amendment Rights.

Nikki Goeser embraced the death of her Ben, and began traveling from state to state educating legislators about the terrible truth of gun control and how it turns law-abiding citizens into helpless victims.

She's even testified here in Ohio before House and Senate committees. She doesn't have to do this. She's not paid for it. This feisty Tennessee woman does it because she feels this is what Ben would want her to do. And she's made it her mission to save others from the same fate.

In fact, she wrote a book about it called Stalked And Defenseless: How Gun Control Helped My Stalker Murder My Husband in Front of Me. She's worked with John Lott and the Crime Prevention Research Center. She has been featured on programs such as Nightline, Fox Business with John Stossel, ABC News, CNN, the Sean Hannity Radio Show, The BBC, NRA News and The Investigation Discovery Channel.

Nikki was even awarded the Sybil Ludington Women’s Freedom Award by the National Rifle Association in 2012 for her activism.

We never got to meet Ben. But we know Nikki. She's become a personal friend to many of us with Buckeye Firearms Association. And she's our hero.

Nikki has endured more than most people we know, but now, as if she hasn't been through enough, she faces a new nightmare.

In 2012, her murderer was convicted of second degree murder and sentenced to 23 years in prison. But he may be released early on "good behavior." And his obsession with her has not ended.

He's actually been writing Nikki letters from prison. Showing no remorse, he professes his twisted lover for her.

Nikki has nightmares about the day he is released and what he may do. And that day may be sooner than anyone thought.

But Nikki remains a fighter.

His crime was horrific and merciless. He should not be rewarded with early release.

We see this happening again and again. Laws are passed that burden and punish the innocent and law-abiding while actual murderers and violent criminals are shown compassion, sentenced lightly, and released early.

And the way we fight is to help Nikki retain a lawyer to prevent the perverse and terrifying early release of her husband's killer.

But a retainer fee is nearly $5,000. And that's just to get things started. Justice comes at a price and often takes a long, long time. And like most people, our friend Nikki simply doesn't have thousands of dollars to pay an attorney.

So we're coming to YOU for help. We're asking you to take a stand with us. To help us help Nikki.

I'm personally asking you to make a contribution to help Nikki keep her husband's murder in prison where he belongs and serve his full sentence.

I know this is a bad time to ask. Many people are out of work. And sending money to someone you don't know personally is a tough thing to ask of you.

But I'm asking anyway. Because it's the right thing to do. Because Nikki has fought for all of us to help us secure our rights. Because murderers should not be set free before their full sentence is up.

And mostly because this sick piece of scum IS STILL STALKING NIKKI and she's terrified of what will happen if he's released years early. He's already murdered her husband. What will he do next?

You can read more about Nikki on her personal page or on our website. And you can watch a news interview here.

But please, consider joining us to help Nikki fight this travesty of justice.

Nikki didn't want to ask anyone for help. She hesitated because she likes to fight her own fights. But given the cost of this particular fight, she has no choice.

She's set up a GoFundMe page here. She told us she set this up, so it's legitimate. The funds will go directly to Nikki and her legal battle.

Thank you in advance for your generosity and understanding. After you make a donation, please forward this to others you know so they can help as well.

P.S. Just for the record, Nikki is the type of person who would do anything for you if you needed help. She's kind, selfless, and generous. She's the sort of person we'd all like to be. She's certainly the sort of person I'd like to be. If you met her, you'd become her friend in the first 5 minutes. Whether you choose to help or not, I just wanted you to know that.