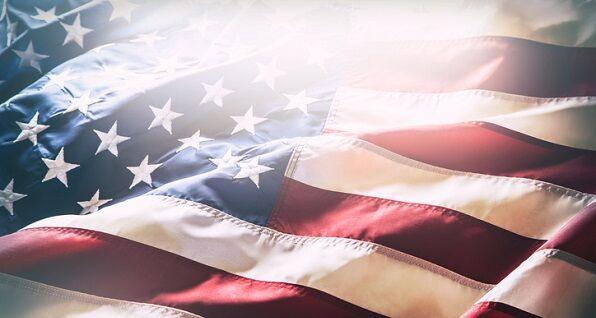 As the Wuhan virus pandemic grips the U.S., Americans have been forced to focus on what is truly important. This includes ensuring that they and their loved ones have enough food to eat, the proper hygiene supplies to ward off infection, and adequate shelter. Further, a diverse and growing number of Americans have sought to exercise their Second Amendment right to self-defense and acquire the means to provide for the safety of themselves, their loved ones, and their communities during this period of uncertainty.

The numbers are stark.

According to a release from the National Shooting Sports Foundation, "Monday, March 16, 2020, the NICS staff experienced over a 300% increase compared to this same time period in 2019." Suggesting that an increased interest in self-defense has been going on for some time, the total number of NICS background checks conducted in February 2020 was just under 2.8 million, whereas in February 2019, the number of NICS checks was a little over 2 million.

A March 17 press release from the Colorado Bureau of Investigation reported an "extreme volume of requests" for firearms background checks. Elaborating, the CBI release noted that there were more than 14,000 background checks performed in the previous week versus roughly 7,000 checks during the same timeframe in 2019. The volume is making it difficult for Coloradans to acquire firearms. CBI explained,

While the turnaround time remains within the three business-day period required through federal regulations, the current wait time is approaching two days. Prior to this recent surge, the wait times for firearms background checks for Federal Firearms Licensees (FFLs) and their customers ranged between five and eight minutes.

A similar scenario is playing out in other states. A March 18 report from the Reno Gazette detailed Nevada's experience, noting, "Since March 1, the number of daily background check requests fielded by the state has more than tripled​." Like Colorado, a background check in Nevada can now take days, with the Gazette explaining, "The onslaught of background check requests has made it virtually impossible to get through on the state’s Point of Contact Firearms Unit phone line.​"

Americans are also stocking up on ammunition. Online ammunition seller Ammo.com has been providing statistics on their sales figures during the crisis. Starting March 10, the website saw a 276-percent increase in sales over the previous week. Some brick and mortar retailers have reported that they are selling out of certain calibers as fast as they can put it on the shelves.

Summarizing the surge in firearm sales, the AP explained,

The world’s largest gun store, in metro Atlanta, has had lines that are six and eight people deep. A gun store in Los Angeles had lines that stretched down the block. And at least one store in Idaho put limits on sales after its shelves were nearly cleared out.

Demonstrating a newfound appreciation for Second Amendment rights during this time of upheaval, many of those purchasing firearms in recent weeks are first time gun owners.

This fact was pointed out in a March 14 tweet by Donald Trump Jr. In his tweet, the avid gun rights supporter acknowledged the trend and noted, "The irony of it all is that it’s my Democrat friends reaching out to me now asking me which guns they should buy just in case... in particular which ARs. I guess they’re ok with the 2A now??? You don’t need it, till you need it.​"

Gun control advocates and the reflexive anti-Trump mob were quick to attack Trump Jr.'s tweet. However, the underlying truth of his statement, that more Americans are contemplating the importance of their Second Amendment Rights, is undeniable. So undeniable in fact, that even the legacy press has been forced to cover the trend.

Suggesting an increase in interest from nontraditional gun owners, Southern California gun store owner David Liu told Newsweek "on March 3 and 4, I had 50 plus people come in here to take their firearms safety test and everyone one of them bought a gun. That's quite unusual for my small shop.​" Customer John Gore, who was interviewed by the L.A. Times at a gun store in Culver City, explained, "Politicians and anti-gun people have been telling us for the longest time that we don’t need guns... But right now, a lot of people are truly scared, and they can make that decision themselves.”​

There is a similar situation in Northern California. Petaluma gun shop owner Gabriel Vaughn told the San Francisco Chronicle that Monday March 16 was the busiest day in his store's history. The Chronicle explained that Vaughn also noted that "about 90% of his customers in recent days have been first-time gun buyers​." Further, the Chronicle article told of 40-year-old John Chen who purchased his first firearm due to the pandemic. Chen said, "This virus gave me the motivation... I’ve always wanted to have a gun, but I’ve been lazy. I see the news now, and the outbreak and the chaos." Chen added, "I don’t like guns... But crime is getting worse."

The gun confiscation advocates at the New York Times shared the story of 29-year-old North Carolina resident Daniel Hill, who bought his guns out of a concern that society “just won’t have any sense of lawfulness anymore.”​ The Old Gray Lady also reported that "Some dealers said an unusually high proportion of sales have been to first-time gun buyers.​"

Nevada gun store owner Sharon Oren told the Reno Gazette, "We have a lot of new first-time gun buyers and cannot service them... Justifiable or not, there’s a panic. People want to be able to defend themselves."

In a story about the gun sales surge, Associated Press reported on first-time gun buyer 61-year-old Betsy Terrell of Decatur, Georgia. Terrell told the AP, "I was beginning to see people acting oddly. That was a little unnerving... I feel there’s potential political upheaval. … It’s scary. It’s only now I’ve felt this overwhelming need to arm myself to protect myself.”​

Justin Chadwick, owner of a gun store in Washington, Pa. told the Observer Reporter that in mid-March "We had more gun sales in three days (over the weekend) than we had over the past month." The small businessman added, "People who had never had guns before are buying.​"

The Milwaukee Sentinel spoke with Paul Lippold, owner of a gun shop in Germantown, Wisc. Characterizing the owner's comments on the surge in gun sales, the paper reported, "from [Lippold's] conversations with customers it became clear that almost all of them were first-time gun buyers and were buying guns for self-defense​."

The general manager of a gun store in Virginia Beach, Va. told local news outlet WAVY "We have old housewives coming in to buy ammo. Basically, it is everyday citizens coming in across the socioeconomic spectrum.”​

At least some of the novice gun buyers appear confused as to the laws regulating firearm sales - perhaps due to the mischaracterization of gun laws perpetuated by self-serving politicians and their friends in the legacy media. Online firearm supplies retailer Omaha Outdoors explained in a blog post, "Here at Omaha Outdoors, we’ve been inundated with inquiries from out-of-state folks – many from California – asking if we can ship them a gun directly. The answer is, of course, no."

It is understandable that a greater number of Americans appreciate and exercise their Second Amendment rights during times of crisis - when government authorities can become overtaxed and unable to ensure public safety.

Many Americans will remember the chaos in New Orleans that followed in the wake of Hurricane Katrina in 2005. Many residents were forced to fend for themselves and some law-abiding gun owners had their firearms confiscated. In the months following the catastrophe, the Associated Press reported that potentially hundreds of New Orleans law enforcement officers had left their posts during and after the storm. More than 50 New Orleans Police Department employees were fired for desertion.

For many others, the 1992 Los Angeles riots serve as a salient lesson on the importance of the Second Amendment. In the July 1992 American Rifleman article Second Amendment Message in Los Angeles, NRA-ILA's James Jay Baker retold the stories of several armed Los Angeles residents during the turmoil. The former NRA-ILA director noted,

There were thousands and thousands of grim lessons in Los Angeles on the meaning of the Second Amendment. Sensationalized news reporting on Koreatown notwithstanding, the civil right of self-defense was exercised throughout the city, from predominantly African-American communities to Hispanic, Asian and white neighborhoods.

The article included the firsthand account of neighborhood watch captain Tom Spear. Forced to travel to the San Fernando Valley during the turmoil due to a ban on gun and ammunition sales in the city, Spears noted, "I saw people there you would never imagine trying to buy guns." Explaining how California's 15-day waiting period (California currently has a 10-day waiting period) hurt law-abiding individuals seeking to exercise their right to self-defense, Spears noted,

Everybody was mad... There were many people who had no idea there was a waiting period. Others didn't know it applied to rifles and shotguns. While there, I heard five different people, probably buying their first firearms, just hit the roof about the waiting period. They hit the roof. 'What do you mean wait 15 days?' one shouted. 'This is America!'

The article was accompanied by a letter from an 18-year LAPD veteran to NRA members. Understanding the shortcomings of professional law enforcement in a crisis, the officer noted,

You have to have the means available at the ready to be able to defend yourself in the time of civil unrest. The armed law-abiding citizen becomes the last line of defense in the protection of civil society when civil authority cannot protect.

In the month following the riots, May 1992, Californians bought 45 percent more firearms than they did in May 1991.

This appreciation for the Second Amendment in times of crisis spans international borders. A Princeton graduate reporting for the Princeton Alumni Weekly from the 2011 Egyptian revolution expressed that one of the lessons he learned from the tumult was that "The right to bear arms is not a bad idea." The alumnus explained, "I always have been amused by America’s fascination with the right to bear arms, dismissing it as national zealotry. After living through the necessity of forming a neighborhood militia, I now recognize the protection it affords."

It is only natural that during this time of immense uncertainty that many Americans would gain an increased appreciation for Second Amendment rights as they prepare for the worst while hoping for the best. History has made clear that in certain extremes law-abiding citizens must be prepared to take on the responsibility of protecting themselves, their loved ones, and their communities. This lesson on the importance of Second Amendment rights should endure long after the U.S. has defeated this pandemic.