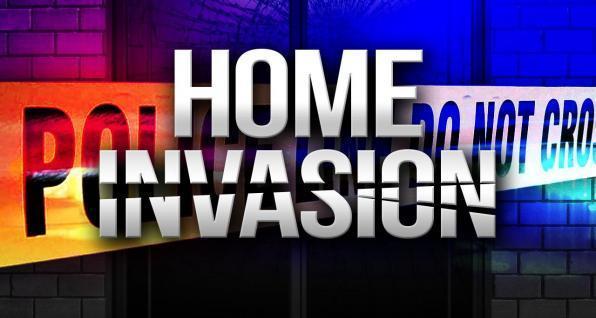 The Scioto Post reported recently that a man was shot and killed after he invaded a Pickaway Co. home just before midnight.

According to the report on July 14, 2022 at 2338 hours, Sheriff’s department was dispatched to 10565 Thrailkill Road on a shooting and a suspected burglar in the residence. Dispatch advised that the caller stated someone had gained entry into their home and did not know if he had weapons. The caller described the intruder as a larger black male. The caller stated they would be upstairs in their bedroom until law enforcement arrives on the scene.

When police arrived on the scene they reported that observed a BMW vehicle still running with airbags deployed that had driven through the yard and crashed into a truck. There was one red Nike shoe laying at the door outside.

Voices came from upstairs stating they were the homeowners and the suspect was laying at the bottom of the stairs.

Homeowner stated that stated everyone was sleeping when he heard the vehicle crash into the truck and make a loud noise. He advised he looked out of the window and witnessed a larger man getting out of the passenger door and trying to make entry into the home. The adult son woke up his mom and dad to let them know what was going on. Eric stated he grabbed his weapon and pointed it at the set of little stairs that lead from the first floor inside the home to the 2nd when he heard the man coming up the stairs and “growling”. The mother stated in the report while the man was coming up the stairs she yelled at the person “Stop!” and the male kept coming up the stairs when the son started shooting. The homeowner stated he fired several times and then went to reload. When he came back the man was still attempting to come up the stairs and he fired again killing him.

According to the article, deputies documented signs of forced entry, found a gun and bag with dehydrated mushrooms in the crashed vehicle.

The sheriff’s office at this time is not charging the homeowner with a crime.