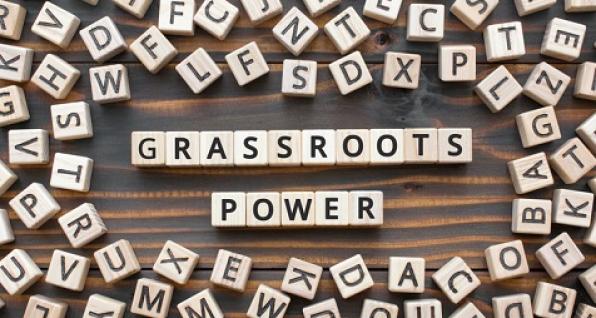 Plain Dealer article proves beyond any doubt: 2A Movement is pure grassroots

The Cleveland Plain Dealer has published an article that editors no-doubt hoped would prop up the myth that, when it comes to Second Amendment rights at least, legislators are bought and paid for.

What the article wound up proving is how little money has to do with this issue in Ohio, and how truly grassroots the effort to protect and resore our Second Amendment rights actually is.

CLEVELAND, Ohio – Gun industry lobbying groups have given Ohio politicians more than $580,000 since 2010.

Most of that money comes from the National Rifle Association, the most famous gun lobbying group, which contributed nearly $310,000 to Ohio politicians during that timeframe, predominantly at the federal level. Lawmakers who received donations were reliably in their camp, voting to block more restrictive bills or chip away at existing restrictions.

The NRA was not alone in doling out cash to Ohio lawmakers, though. Safari Club International, a lobbying group for hunters, gave more than $90,000. The National Shooting Sports Foundation, the largest gun manufacturer trade industry organization, pitched in another $88,500.

This article was entitled "Gun lobby spent more than $580,000 on political contributions in Ohio since 2010," but it would more accurately have been titled "Second Amendment groups achieve massive success in Ohio despite donating less than $6,500 per year to in-state candidates."

Here are the facts:

Among all the candidates, federal and state, and among all their campaigns and all the elections over the past 12 years, and between all the pro-Second Amendment organizations, only $48,333 per year was donated.

What's more, the Plain Dealer reports that "just less than $78,000...was spent on in-state lawmakers." That's less than $6,500 per year donated to all in-state law-makers COMBINED by ALL gun rights organizations.

So what kind of bang has the gun rights movement gotten for $6,500 per year? Again, from the Plain Dealer:

The result has been a decade where Ohio lawmakers, nearly all Republicans, have consistently voted to strip away restrictions on owning guns in the Buckeye State. That included near-universal support on issues such as expanding who can conceal carry, scrapping requirements regarding permits for conceal carry and a controversial “stand-your-ground” measure, which eliminates the liability of a shooter if they felt threatened.

All this positive work to restore Ohioans' Constitutional right to bear arms for their defense and security has been done in the Buckeye State, and it's been done with hard work, but very little financial investment.

And yet when they began researching for this article, as is evidenced when they wrote the headline, the Plain Dealer no-doubt had been hoping to prop up the myth that the "gun lobby" buys its support.

Meanwhile, just one man - former New York City Mayor Michael Bloomberg - has spent hundreds of millions of dollars in that time in an attempt to buy his way on gun control. And he's not the only person spending that kind of money. But of course there is absolutely no mention of that in this article.

Nor is there an examination of what IS actually motivating these legislators, since it clearly isn't money. But we can tell you exactly what it is: the People.

The real power behind the Second Amendment rights movement is not money, it's people. It's grassroots individuals giving their blood, sweat and tears to candidates' campaigns, to calling and writing legislators, and to voting.

As I've written about extensively, gun control extremists have no such grassroots groundswell - so they're forced to spend their hundreds and hundreds of millions of dollars to fake it.

At the end of the day, the reason Buckeye Firearms Association has achieved the degree of success we have in Ohio over the past nearly two decades is you, whether the Cleveland Plain Dealer wants to admit it or not.