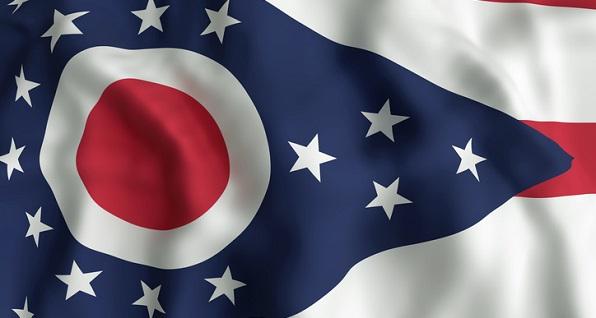 On June 13, 2022, Permitless Carry became legal in the Buckeye State. For many of us at Buckeye Firearms Association, it marks the culmination of two decades of work to restore Ohioans' constitutional right to bear arms for their defense and security.

Ohio gun rights advocates have been working for this since a decade BEFORE the first poison pill-filled concealed carry bill was signed into law by then-Gov. Bob Taft in 2004.

Throughout those multiple decades, mainstream media outlets including the Cleveland Plain Dealer has been there, writhing in agony, offering Chicken Little editorials and even seeking to intimidate Ohio concealed handgun license (CHL) -holders owners by publishing their names after the first law was passed.

After twenty years of wins for self-defense rights and losses for the Plain Dealer and their ilk, the newspaper has published an article documenting the progress we have made.

As a freshman state lawmaker in 2001, Republican state Rep. Tom Brinkman of Cincinnati introduced legislation to allow people to carry a firearm without a permit, but it went nowhere. Two decades later, permitless carry is about to become state law.

The law, which takes effect June 13, is the culmination of years of efforts by gun-rights advocates and Republican state lawmakers, including more aggressive lobbying by gun-rights groups, more right-leaning state lawmakers and a governor willing to sign it into law during an election year.

State lawmakers started with the legalization of concealed firearms with a permit in 2004.

Perhaps the most important gun-rights group pushing for these changes was the Buckeye Firearms Association, founded in 2002 as the Ohioans For Concealed Carry Political Action Committee.

When that first law passed in 2004, we took heat by "all or nothing" purists who rejected the incremental approach. But we knew this was the path that would bring us to today, and we took no steps to hide our intentions.

Indeed, a 2004 quote given to the Associated Press by then-Sen. Eric Fingerhut, a Cleveland Democrat who had fought against conceal-carry for several years, proves that our game plan was well-known:

Fingerhut said provisions that allow reporters to learn permit-holder's names, keep guns out of places like schools and day-care centers and allow police to see the weapon of a motorist in a traffic stop will not be in the law for long.

"They're straight up about it. Gun owners wanted to make any compromise necessary to get this bill into law and then they'll go back and chip away at it," Fingerhut said after the Senate vote.

And chip away we did. Again, from the Plain Dealer:

Rob Sexton, the Buckeye Firearms Association’s legislative director, said in an interview that the group’s goal was to lobby Ohio lawmakers to pass various bills loosening state gun laws -- not only for their own sake, but with an eye toward eventually getting enough support to pass conceal-carry without a license.

“Ultimately, they were all about laying out the future argument that prevailed with Senate Bill 215,” Sexton said. “It was absolutely the plan all along.”

We haven't hidden our plan. In fact, there are dozens upon dozens of articles on our website, spanning some twenty years, covering what were once-called "Vermont-style" carry bills and are now known as Permitless or Constitutional Carry laws depending on their makeup.

Despite this well-documented history, the Fraternal Order of Police's director of government affairs told the Plain Dealer he believes the plan only came about recently:

[Michael] Weinman said [Ohio Gun Owners director Chris] Dorr “radicalized” Buckeye Firearms, leading them to push for more extreme legislation, and scared state lawmakers into voting for those bills by threatening to run primary opponents against them in the next election.

But Ohio House Majority Floor Leader Bill Seitz, a Cincinnati Republican, told cleveland.com that Buckeye Firearms and the NRA’s lobbying arm played the most vital role in the passage of the bill, as they addressed lawmakers’ concerns and answered questions as the bill moved through the legislature.

Seitz said Ohio Gun Owners’ effect “was, if anything, counterproductive,” because the group had hundreds of activists call lawmakers’ personal cellphones. Seitz called that tactic “obnoxious.”

If our support for Constitutional Carry means the men and women leaders of Buckeye Firearms Association have been "radicalized," then that happened long, long before Dorr moved here from Iowa.

But the truth is, there is nothing radical about fighting for the restoration of rights enumerated in our U.S. and Ohio Constitutions, no matter how much the FOP cries wolf.

Again, from the Plain Dealer:

Rieck said they then met the following day with Ohio Senate President Matt Huffman and state Sen. Terry Johnson, the Scioto County Republican who sponsored the bill this session.

“Those meetings were really the pivotal part of this entire plan,” Sexton said during the podcast. Had they not been able to hold those meetings (particularly with Cupp), “I don’t know that we could have gotten where we wound up.”

After documenting the progress from those meetings to the moments before passage of the bill, the article continues:

On March 2, the day of the House floor vote, Sexton said on the podcast that there was still “tremendous potential” for the bill to be derailed -- both by Republican lawmakers worried it would lead to cops getting killed, and right-leaning legislators concerned the House amendments would allow police to stop anyone and take their gun. From the start, it was assumed -- correctly -- that the 35 Democrats in the House would vote against the bill.

Sexton said Buckeye Firearms sent the House GOP caucus a message saying, in short, that if the House couldn’t pass Senate Bill 215, gun owners would see that as a total failure.

“And I think ultimately I think that clarified things for a lot of the Republicans in the House,” Sexton said. The bill then passed 58-36, after Republicans swept aside three attempts by Democrats to amend the bill. Shortly after, the bill cleared a final concurrence vote and went to DeWine’s desk.

The bill was officially sent to DeWine on March 3, putting the Greene County Republican in a rather tough spot.

When running for governor in 2018, DeWine indicated in writing to the Buckeye Firearms Association that he would support legislation to allow people to carry concealed firearms without a permit. However, after a 2019 mass shooting in Dayton that left nine dead, DeWine responded to calls by Dayton residents to “do something” by introducing a package of moderate gun-reform proposals that were dead on arrival in the legislature.

Under the Ohio Constitution, the governor has 10 days (Sundays excluded) to veto a bill. On the tenth day, DeWine’s office, without comment, announced that he signed SB 215.

And so, here we are, having defeated the efforts of anti-Second Amendment rights extremists, "all-or-nothing" purists, and biased journalists, seeing Permitless Carry become law in Ohio.

We're here, and we'll continue to be here in the next legislative session, and the one after that, and again after that, fighting for the rights of real people, and relentlessly improving the laws, just like we have done for the past two decades.

Reflections on 20+ Years of Effective Gun Rights Advocacy in Ohio