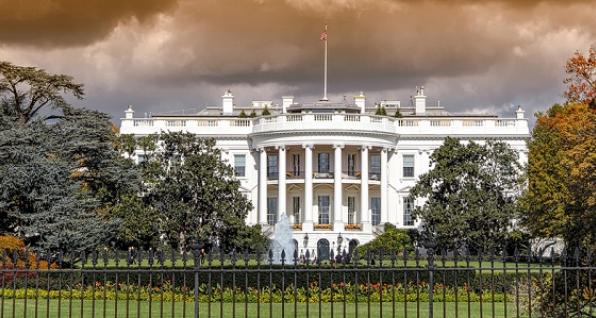 CNBC is reporting that President Donald Trump (R) has joined Ohio governor John Kasich (R) and others calling for bans on tools used by mass murderers instead of offering solutions that will protect potential future victims.

President Donald Trump announced Tuesday that he has recommended that "bump stocks" — devices that let semi-automatic weapons fire hundreds of rounds per minute — be banned.

Trump's announcement came six days after a gunman killed 17 people, 14 of them students, at a high school in Parkland, Florida, while armed with an AR-15 assault rifle.

"We cannot merely take actions that make us feel like we are making a difference. We must actually make a difference," Trump said at a White House event honoring first responders.

"After the deadly shooting in Las Vegas, I directed [Sessions] to clarify whether certain bump stock devices like the one used in Las Vegas are illegal under current law," Trump said.

"That process began in December, and just a few moments ago I signed a memorandum directing the attorney general to propose regulations to ban all devices that turn legal weapons into machine guns," Trump said.

Yahoo.com reports the Trump administration has also said that raising the age-limit for legally purchasing modern sporting rifles like the AR-15 is "on the table."

President Trump seems not to understand something that even Sen. Diane Feinstein (D) admitted recently - that NO law would have stopped Las Vegas or Florida mass murderer.

In truth, "all devices that turn legal weapons into machine guns" are ALREADY banned. What is currently legal, what the Obama (!) administration repeatedly agreed is legal, and what Trump now proposes to ban, are devices which aid the user in firing a semi-automatic firearm faster. But since such an accessory device isn't even needed to rapidly fire a semi-automatic rifle (even a belt-loop can be used, nor nothing but a trigger finger), it is unclear how Sessions could possibly craft regulations to prevent such activity without banning all semi-automatic firearms - exactly what proposed Congressional legislation on rate-increasing devices would do.

Let's pretend for a moment that the Trump BATFE reverses the Obama BATFE's evaluation - made on two separate occasions - that bump-fire devices are in compliance with federal law. Pretend that the devices become regulated, and politicians get to run to the cameras and tell everyone they "did something" to prevent another Las Vegas. We can even pretend, if you want, that all such devices already in circulation somehow are confiscated or magically disappear.

What happens when the next attack occurs, only this time, with an attacker rapid-firing a semi-automatic rifle without the aid of such a device?

If the goal is to regulate or prevent the simulation of automatic fire with a semi-automatic rifle, then when regulating or banning "bump-stock" devices fails, the ultimate logical next step among the "blame the tools" crowd will be to just ban the semi-automatic rifles themselves. Make no mistake about it - that is where gun ban extremists would like America to go, and those who are falling for this ploy will have helped them.

Why do my rights have to suffer?

The Slippery Slope to a Total Firearms Ban

Wa-Po Op-Ed: "I used to think gun control was the answer. My research told me otherwise."