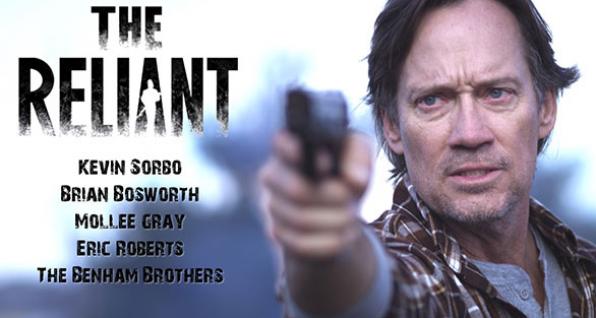 Hollywood may produce a lot of movies with guns, but they seldom voice much if any support for the Second Amendment.

Perhaps that's one reason a writer and resident of Zanesville, Ohio, decided to produce a film of his own that deals with questions of faith as well as Second Amendment rights.

When crisis strikes and their world crumbles, is God reliable to meet their needs or must their faith remain blind to facts?

After an innocent trip to the store ends in rioting and chaos, father of five, Rick (Kevin Sorbo) rushes home desperate to gather his family and find safety. His plans are dashed when the very same armed men suddenly appear, led by the ruthless Jack (Brian Bosworth). Caught in the deadly crossfire, the children are forced to seek shelter in the surrounding woods.

Alone and vulnerable, the children's faith and family bonds are pushed to the limit, especially those of the eldest daughter, Sophie (Mollee Gray), who questions the morality of gun ownership but soon learns that in God all things are good, including her family’s Second Amendment right to defend themselves. It is now up to the children to reclaim their home, find their parents and put an end to Jack's rampage.

At the heart of THE RELIANT is a love story. It’s an anthem of hope in the hardest of times, of forgiveness, and of redemption. Also featuring the celebrated Benham Brothers.

The movie has already received 13 First Place awards at secular and faith-based festivals, which speaks volumes about the film's attention to subjects such as faith in hard times, preparedness, and the right to keep and bear arms.

Naturally, the film has received negative press from the left because of its defense of gun rights, which makes the film very timely.

"The Reliant" will appear in more than 750 theaters nationwide on October 24 for one night only. Find out more and buy tickets here.