Former congressman and Ohio governor Ted Strickland wants to be a U.S. Senator.

His "problem?" He's spent a life-time representing the pro-gun rights values of his constituents, both in Washington D.C. and in the governor's mansion...and he's a Democrat.

Now that he is running for a statewide office on the Democrats' ticket, Strickland has determined that he needs to shore up his base by running to the left on the gun issue.

His primary opponent, a gun ban extremist Alexander Paul George "P.G." Sittenfeld who has served as a Cincinnati city councilman since 2011, wants to make sure people in his party know Mr. Strickland's real record on the issue of firearms, even as he likely hopes the liberal base in his party won't notice that he himself is the son of a wealthy investment advisor and graduate of an Ivy League school.

Because Mr. Strickland once worked hard to earn the endorsement of Buckeye Firearms Association and the National Rifle Association (NRA), we thought we'd help Mr. Sittenfeld set the record straight. 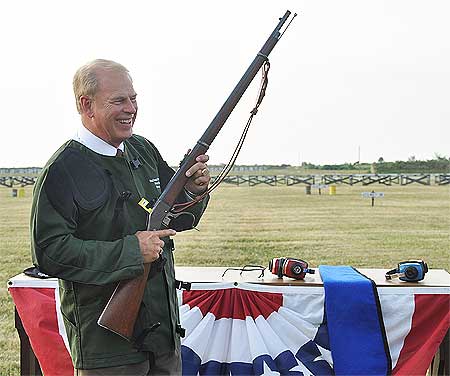 In 2015, Strickland decided to run for the Democrat party's nomination for U.S. Senate, and suddenly decided he was anti-gun.