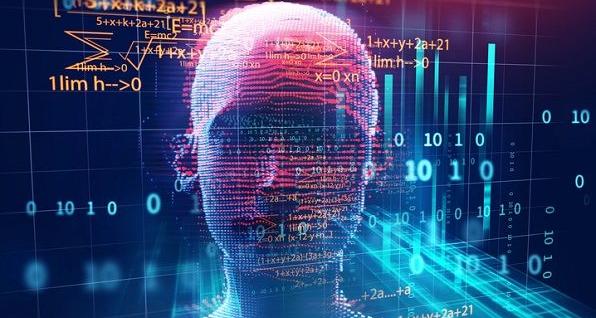 The social sciences thrive on making the uncomplicated complex and the actually complicated oversimplified. Rejecting all of human experience, social “scientists” concoct ever-more elaborate mental gymnastics to explain how soft-on-crime policies won’t harm efforts to keep crime in check. At the same time, other “researchers” claim to be able to tell you, down to the decimal point, the homicide risk posed by gun ownership. Treasury Secretary William E. Simon once opined, “I sometimes think that economists use decimal points in their forecasts to prove they have a sense of humor.” That sentiment can be applied to all the social sciences.

Aside from this unbounded hubris, the social sciences are woefully biased. A 2005 paper titled, “Narrow-Tent Democrats and Fringe Others: The Policy Views of Social Science Professors” examined a political survey of academics. The researchers concluded, “the academics overwhelmingly vote Democratic and that the Democratic dominance has increased significantly since 1970.” Moreover, these academics displayed severe conformity on a host of policy issues, including gun control. Other survey data has shown that academics registered as Democrats outnumber those registered as Republicans by 11.5 to 1.

With this type of academic environment and its incentives to aggrandize the state – by way of both an individual statist political bias and state-funded remuneration – a reasonable person might have thought that anti-gun politicians would be satisfied with the academy’s steady stream of anti-gun junk science. However, in recent years these politicians have taken to ordering up their propaganda without laundering the money through purportedly objective academic institutions.

One-party states like California and New Jersey have set up their own gun control propaganda factories. In 2016, the not-so-Golden State funded the creation of the UC Davis Firearm Violence Research Center with $5 million in funding. California Gov. Gavin Newsom’s 2019 budget allocated another $3.85 million in loot to the gun control project. Gov. Phil Murphy founded the New Jersey Center on Gun Violence research in 2019 with $2 million in plunder. Hawaii lawmakers have proposed a similar propaganda arm for the Aloha State.

In this frame, Reason magazine has created an excellent video that exposes almost all “gun violence” research for the junk science it is. Comprehensive, yet accessible, the video explains how a combination of academic conceit and political bias has polluted the entire field of scientific inquiry into firearms.

Drawing on the expertise of statistician and New York University and University of California at San Diego instructor Aaron Brown and a 2020 analysis by the RAND Corporation, the video starts out by explaining that the vast majority of gun violence research is not conducted in a manner sufficient to offer meaningful conclusions. An article accompanying the video, written by Brown and Reason Producer Justin Monticello, explained,

A 2020 analysis by the RAND Corporation, a nonprofit research organization, parsed the results of 27,900 research publications on the effectiveness of gun control laws. From this vast body of work, the RAND authors found only 123 studies, or 0.4 percent, that tested the effects rigorously.

Reason and Brown examined the remaining 123 studies from the RAND analysis and offered the following,

We took a look at the significance of the 123 rigorous empirical studies and what they actually say about the efficacy of gun control laws.

The answer: nothing. The 123 studies that met RAND's criteria may have been the best of the 27,900 that were analyzed, but they still had serious statistical defects, such as a lack of controls, too many parameters or hypotheses for the data, undisclosed data, erroneous data, misspecified models, and other problems.

Moreover, the authors noted that there appears to be something of an inverse relationship between the most rigorously conducted “gun violence” studies and those that receive media attention. The piece explained,

Tellingly, the studies that have gotten the most media or legislative attention aren't among the 123 that met RAND's approval. The best studies made claims that were too mild, tenuous, and qualified to satisfy partisans and sensationalist media outlets. It was the worst studies, with the most outrageous claims, that made headlines.

The video also offered a welcome debunking of the most misused gun control study in history – Arthur Kellerman’s 1993 New England Journal of Medicine article “Gun Ownership as a Risk Factor for Homicide in the Home.” The study famously claimed to demonstrate that “[r]ather than confer protection, guns kept in the home are associated with an increase in the risk of homicide by a family member or intimate acquaintance.”

The Reason authors pointed out,

the researchers concluded that keeping a gun at home increases a person's risk of being killed, but nearly half the murders they included in their analysis were not committed with a firearm. And among gun owners who were killed with a gun, the authors didn't establish whether the weapon used was the victim's own gun or if it belonged to another person.

Further, Brown noted that the study’s own data showed that living alone or being a renter were more dangerous than owning a firearm.

NRA-ILA has repeatedly made these points in debunking the Kellerman study. Moreover, there are methodological problems with the study that were not addressed in the Reason video. In his book “Armed: New Perspectives on Gun Control,” Florida State Criminology Professor Gary Kleck noted that Kellerman’s work should be “cited in a statistics textbook as a cautionary example of multiple statistical errors.” Those searching for the most thorough assessment of the Kellerman study are encouraged to read Kleck’s work on the subject.

The 123 papers identified by RAND tested 722 separate hypotheses about the impact of gun control policies for "statistical significance." Peer-reviewed journals generally accept a result as statistically significant if it has a one-in-20 chance or less of being due to random chance. So if researchers run 100 tests on the relationship between two things that obviously have no connection to each other at all—say, milk consumption and car crashes—by pure chance, they can be expected to get five statistically significant results that are entirely coincidental, such as that milk drinkers get into more accidents.

concerning is the fact that there was only one negative result in which the researchers reported that a gun control measure seemed to lead to an increase in bad outcomes or more violence. Given the large number of studies done on this topic, there's a high statistical likelihood that researchers would have come up with more such findings just by random chance. This indicates that researchers may have suppressed results that suggest gun control measures are not working as intended.

This suggests that gun researchers are well-aware of what their anti-gun patrons are paying for and behave accordingly.