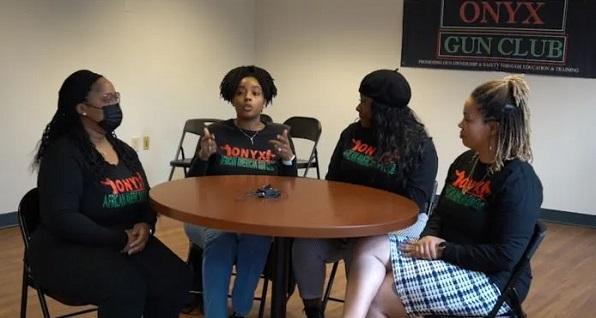 Gun rights is often depicted as a partisan issue. To hear the media tell it, only white make Republicans care about ensuring that the right to bear arms for self-defense is protected.

Anyone who looks past the headlines knows this is far from the truth.

A recent article published by WCMH (NBC Columbus) bears this out:

For the women gathered in Olde Towne East at the Onyx Gun Club, owning a gun allows them to protect and educate their children while exercising their Second Amendment right.

They are among the fastest-growing group of gun owners in the country, according to the National African American Gun Association.

Thomas Cunningham, who opened this NAAGA chapter in 2018, said of the 2,500 African Americans who came through classes last year, only five were men.

“Our classes have always been 98 percent women,” Cunningham said...

Cunningham, a range safety officer, Army veteran, and NRA instructor, explained, “Right now, gun ownership in our community has risen, probably quadruple the numbers, because of all the unfortunate events.”

He’s seen an increase in the number of students for the Concealed Carry Weapon license classes in the last two years. “Because we, in our communities, want to protect ourselves and our families, and what better way than gun training,” he said.

WCMH interviewed four ladies who shared their reasons for seeking training and deciding to carry a firearm. The reasons, as anyone other than anti-gun rights extremists might guess, as the same reasons as anyone else might give - a desire for knowledge on safe gun handling, as well as protection of themselves, their homes, their families, their businesses.

One of these ladies also touched on an issue we've examined at BuckeyeFirearms.org in the past - Should black gun owners be afraid to exercise their Second Amendment rights?

Our community is the only community that when we are seen with a firearm that we are now officially a threat. We are a problem. People move away. People become nervous. Not just officers — people. But if someone else of a different culture — because I see it all the time — carry a firearm, it is normal. So my reason was to normalize African American women, men, whoever, only does what is normal in our community, and is normal for the next generation. But our goal and our hope is that we have prepared them in such a way that they handle it properly regardless of what their friend may do.

Another of the interviewees agreed:

"We just want to have the same opportunities, the same rights, as everybody else. ...You know, there’s the famous saying that ‘knowledge is power.’ This particular power, and harnessing this power, could save your life."