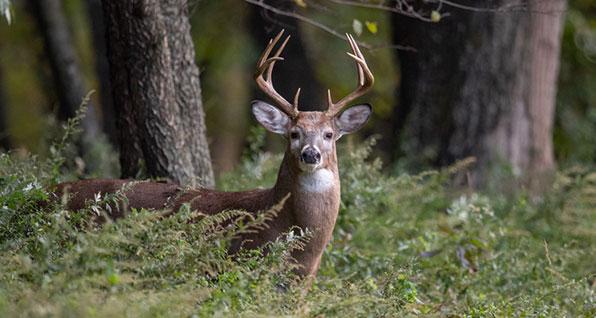 To the surprise (and chagrin) of many outside the industry, hunters and anglers aren’t neither the most prolific nor profligate consumers of the outdoors. Via the contributions of tax dollars via Pittman-Robertson act, they voluntarily contribute funds to help preserve, protect and defend the nation’s wild resources.

Fewer dollars mean fewer nesting boxes for migratory birds, fewer conservation easements to preserve wild spaces for the other species, and a general reduction in wildlife and conservation resource officers to protect them from poaching or limitless consumption.

The conclusion is simple: as resources dwindle, wildlife suffers.

[Recently], I was contacted by North Carolina State University’s Lincoln Larson, an associate professor of parks, recreation and tourism management at NC State. He wanted to make me aware of the results from a significant study of undergraduate students at public universities regarding the future for wildlife.

Not surprisingly, the students were supportive of conservation funding in what Larson called “many forms…and particularly supportive of new ways to do it.” As he pointed out, what they support was probably worth paying attention to.

On the surface, their support for conservation’s continuance was encouraging.

But the findings, published in Conservation Science and Practice, also force another realization: they’re all for eight of nine strategies for funding, including industry contributions, state-level funding sources, revenue from oil and gas companies, using revenue from outdoor recreation outfitters, state lottery proceeds (77%), a state sales tax (71%), even state and local bonds (72%), in addition to hunting and fishing license fees (83%). They also liked the idea of an excise tax on hunting and fishing equipment (61%).

But the area where they balked at paying for conservation cuts to the heart of the ongoing debate of “traditional” versus “non-traditional” outdoors participants.

A majority of students surveyed opposed the idea of excise taxes on outdoor recreation equipment like backpacks, tents or binoculars. The equipment they’re most likely to use.

That, says Larson, points to something that’s been a point of contention between the two types of outdoors participants.

“Students generally want people to pay for conservation,” he says, “but they might not want to pay for it themselves, at least not at this stage in their lives.”

Across the survey, funding wildlife conservation was something all of these young adults could support…until it came to the idea of a portion of those costs coming out of pocket.

They were more than willing to look at any other non-traditional funding source - first.

“Right now,” Larson says, “wildlife conservation in the United States is primarily funded by hunters and anglers, and it’s been that way for nearly 100 years. That system worked well until the number of hunters and anglers started to decline.”

“Now, the state agencies charged with managing wildlife are are trying to figure out: What do we do? Do we recruit more hunters and anglers, or do we come up with new and innovative ways to support conservation?”

As our future leaders were brought into the conversation, it seems they’re more than willing to look at “non-traditional” ways of replacing the diminishing revenues. Until the idea of contributions for that support was suggested from groups that have historically not paid for anything other than their own participation and enjoyment.

The study’s overall findings seem encouraging, until you realize they’re inferring paying to keep conservation going is a good idea- until I’m expected to contribute.

That’s essentially no different than the debate that’s raged across the outdoors for many of the 100 years that hunters and anglers have essentially paid the freight for others: shouldn’t all outdoor enthusiasts be expected to contribute to the wild spaces they enjoy?

Hunters and anglers think the obvious answer is “yes”. Everyone else seems to disagree. And the survey indicates that’s not likely to change anytime soon.

Editor’s Note – The study, funded via a USFWS Multistate Conservation Grant, surveyed 17,203 undergraduate students from 22 states from 2018-2020 on new approaches to conservation funding. You can see the full study here.