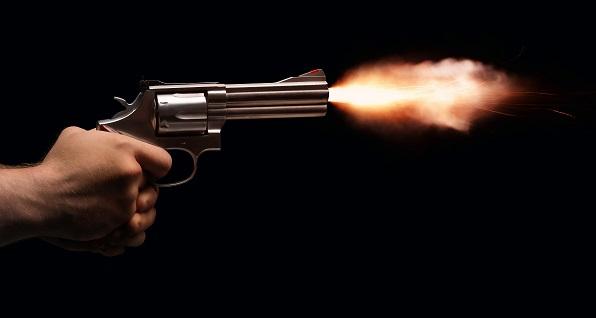 The Resurgence of the Revolver

I've noted that some gun writers are starting to speculate about a resurgence of interest in owning and shooting revolvers, specifically double-action (DA) revolvers. As evidence of this, they point to Kimber's introduction of a revolver to their line of products that had previously been strictly composed of semi-automatic pistols, Colt’s reintroduction of the DA Cobra revolver—something that they had not produced since 1981, and the introduction of new DA revolver models by Smith & Wesson and Ruger. Admittedly, most these new revolvers are focused on the self-defense/concealed carry/competitive shooting markets, but some are also targeted at hunters. Are these examples an indication that interest in revolvers is reviving?

DA revolvers used to be “king”, especially in the Post-World War II time-frame up until the early 1990’s when they were the preferred handgun of law enforcement. However, they started to lose favor to the semi-automatic pistol as those guns became more reliable. The semi-auto pistol offered better fire power because of increased ammunition capacity and the ease with which they could be reloaded. The calibers semi-auto pistols were offered in — primarily 9mm Luger, .40 S&W, and .45 ACP — were more powerful than the standard .38 Special caliber used by law enforcement. While many departments and agencies had upgraded to revolvers chambered for .357 Magnum, they were still limited in capacity to 5-6 rounds and female officers tended to have difficulty managing the recoil from the powerful magnum cartridges. With the introduction of polymer frame striker-fired pistols, the amount of effort required to train officers to transition from DA revolvers to semi-auto pistols became easily manageable.

I must admit that I like shooting DA revolvers. The first handgun I ever shot was a DA revolver, a Smith & Wesson Model 15. I grew up during the time when revolvers were the most common handgun carried by the police. I am very comfortable shooting them and I own several. But, are they a good choice for self-defense today?

Revolvers are less complex and thus more reliable according to some experts, especially in stressful situations. Clearing malfunctions that occur with a DA revolver is often a simple matter of pulling the trigger again. However, modern semi-auto pistols are just as reliable and the problems they do occasionally experience are usually ammunition and/or magazine-related.

Another criticism of the DA revolver is the long and stiff (often gritty) trigger pull they have when shooting in double-action mode. (I usually prefer using the term “press” but “pull” is more descriptive of what you do with a revolver’s trigger.) However, some of the more recent introductions like the Colt Cobra and the Ruger LCR have re-engineering trigger mechanism that make the DA trigger pull much smoother. Older revolvers that have been fired a lot often have very smooth trigger pulls. If you can learn to manage a revolver’s double-action trigger pull, your shooting accuracy will significantly be improved when you switch to shooting a semi-automatic pistol. The single-action trigger pull on a revolver is among the best there is and they can be very accurately shot in this mode.

The biggest criticism of DA revolvers is their limited ammunition capacity and the amount of time it takes to reload them. Some revolver advocates point out that on average, violent encounters that involve the use of a handgun are resolved after just 2-3 shots are fired. This is well within the ammunition capacity of DA revolvers. Plus, accessories like moon clips, speed loaders and speed strips have been developed to help speed up the revolver reloading process, but they are still slower than inserting another magazine into a semi-auto pistol.

Some manufactures, Smith & Wesson in particular, have come out with DA revolver models that have increased the ammunition capacity to 7, 8, or even 10 rounds, depending on the caliber, and some manufacturers have started chambering them in the more common self-defense calibers like 9mm Luger.

One of the biggest advantages of the DA revolver is that they are capable of firing more powerful cartridges than a comparable (in size and weight) semi-auto pistol. No one would argue that the .357 Magnum and .44 Magnum being fired from a revolver are not proven manstoppers. Even a Smith & Wesson J-frame snub-nose revolver chambered in .38 Special +P is more powerful than any pocket pistol chambered in .32 ACP or .380 ACP. Another advantage is that a DA revolver can be fired in close contact or from a pocket and is much less likely to malfunction than a semi-automatic pistol used in a similar manner.

Still, are DA revolvers staging a come-back? Only time will tell. I think the semi-auto will continue to be the primary handgun used by law enforcement and private citizens for self-defense. Old-timers will continue to like the DA revolver, and younger shooters may acquire them as novelty items to add to their gun collections. I do not expect the DA revolver to be as popular as they once were, just as the single-action revolvers used during the Old West period have faded from common use — except among those that participate in Cowboy Action Shooting events.