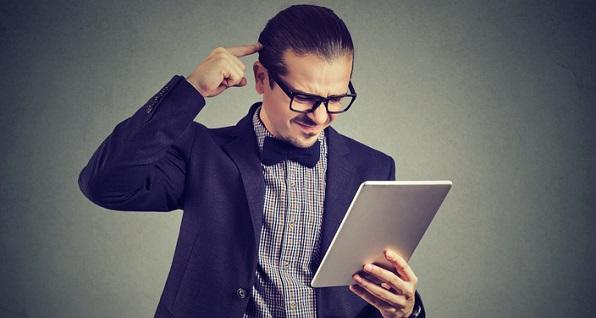 Everybody knows you never go full semiautomatic. That is, except Sen. Charles Schumer (D-N.Y.) and his anti-gun comrades.

On July 22, the Senate minority leader decided to fear-monger about homemade 3D-printed firearms following a Justice Department settlement that will permit firearm schematics to be more readily shared online. Wailing that “America is going to get a lot less safe,” Schumer claimed that such firearms “are not only scary, they’re outright dangerous in the way they can mimic the look and the capacity of a hardened, fully semiautomatic weapon.” A day later, Michael Bloomberg front-group Moms Demand Action re-posted Schumer’s comments on their twitter feed.

Of course, there’s no such thing as a “fully semiautomatic weapon.”

A fully-automatic firearm, or “machinegun,” is defined by 26 U.S.C. § 5845(b) as, in part, “any weapon which shoots, is designed to shoot, or can be readily restored to shoot, automatically more than one shot, without manual reloading, by a single function of the trigger.”

The 18 U.S.C. § 921(a)(28) definition of “semiautomatic rifle,” explains the function of a semiautomatic firearm as one “which utilizes a portion of the energy of a firing cartridge to extract the fired cartridge case and chamber the next round, and which requires a separate pull of the trigger to fire each cartridge.”

It’s naïve at this late date to expect most federal lawmakers to comprehend the legislation they pass. However, it’s not too much to ask that the lawmaker the New York Times described as the “workhorse” behind the 1994 “Assault Weapons” ban know the basics of firearms operation.

Schumer isn’t the first to use the “full semi-automatic” term. In February, a CNN reporter went to a range with purported firearms expert Lieutenant General Mark Hertling, who proceeded to fire an AR-15 on what he termed “full semiautomatic.”

Perhaps with his comments Schumer was adopting the bizarre theory of firearms operation posited by Australia Green Party politician David Shoebridge, who earlier this year registered his opposition to a rifle that is cycled by use of a thumb lever. Shoebridge described the firearm as “semi-semi-automatic.”

Mere ignorance is the most straightforward explanation for Schumer’s comments. However, given the gun control movement’s concerted effort to conflate semiautomatic and fully automatic firearms in the minds of the public, a dishonest motive cannot be ruled out.

The weapons' menacing looks, coupled with the public's confusion over fully automatic machine guns versus semi-automatic assault weapons—anything that looks like a machine gun is assumed to be a machine gun—can only increase the chance of public support for restrictions on these weapons.

The mainstream press has been complicit in this campaign, as evidenced by CNN’s infamous 2004 segment that deliberately misled viewers into thinking that the 1994 “Assault Weapons” ban targeted fully automatic firearms.

Gun owners often share a laugh over what appears to be the profound ignorance of much of the anti-gun community. However, gun rights supporters must also be aware that some of these absurd moments might just be attempts to mislead the less informed. Understanding this, gun owners must work to better educate the public and dispel the lies our opponents traffic in.