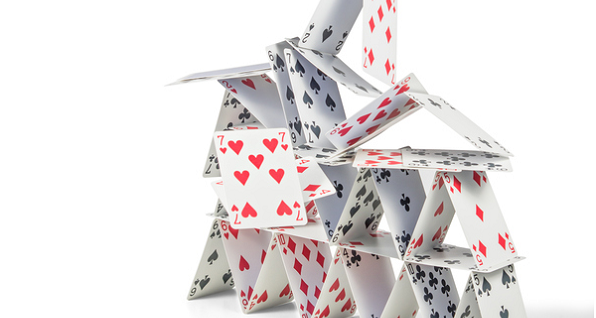 The Cleveland Plain Dealer is reporting that the nephew of Cleveland Mayor Frank Jackson has been convicted on a federal weapons charge and sentenced to eight years in prison.

What Plain Dealer journalist Eric Heisig didn't bother to note is that Major Jackson is a long-time gun control extremist. The article also failed to mention that Jackson's nephew is not being charged with violating any of his grandfather's impotent local gun control laws.

Nicholas Martin, 38, has a history of arrests and convictions for crimes involving drugs and violence.

He was arrested the morning of March 2, 2017 when an off-duty Cleveland police officer found him in his car asleep at at a traffic light at Martin Luther King Boulevard and Corlett Avenue. The officer saw a pistol on Martin's passenger seat, according to court filings.

Officers also found a pill bottle, and Martin told officers that he had drank a bottle of Hennessy and taken two Percocet pills, according to court records.

He pleaded guilty in October to a felon in possession charge.

According to the article, Jackson joined his brother, the criminal's father, at the sentence hearing, and had also submitted a letter to the judge in support of his nephew.

"As Nicky's uncle, I spent a lot of time with him from infancy through his teens," Jackson wrote. "As a family member, of course, I see him from those innocent times and see his best qualities. So I am writing from that perspective.

"I am not going to go into details about anything in particular, I just know he is my family, not who his record would indicate and I love him."

Last summer, Jackson offered excuses for another family member, his grandson and namesake Frank Q. Jackson, when the 20-year-old was indicted for carrying a concealed weapon without a license, and improperly handling firearms in a motor vehicle, both fourth-degree felonies.

In a statement released following the indictment, Mayor Jackson said "Frank is my grandson and as any parent or grandparent who has raised children in a challenging environment knows, there is a constant worry about their wellbeing."

Just last week, the Ohio Supreme Court refused to take up the City of Cleveland's appeal of an Eighth District Court of Appeals decision which declared that a Cleveland gun offender registry and several gun regulations first proposed by Mayor Frank Jackson in 2014, and passed by city council in 2015 are unconstitutional. A lower court had already struck down other parts of the law in 2016.