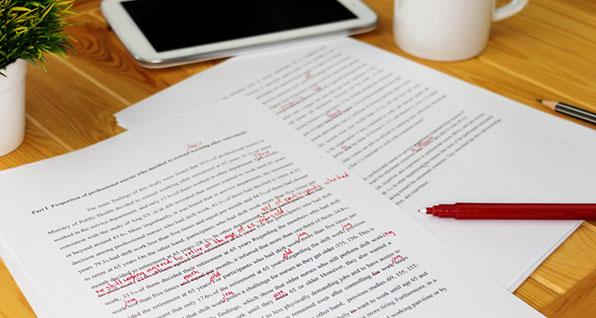 The Shockwave Fix It Bill - What really happened?

Buckeye Firearms Association (BFA) worked for two years to pass House Bill 228 (Fix Burden of Proof / Concealed Carry Modernization) against the wishes of a hostile Kasich administration and dozens of anti-gun organizations. But in the last days of 2018, we prevailed, not only passing the bill but overriding a veto by the Governor.

However, something unfortunate happened: There was a drafting error in the language intended to make short-barreled shotguns legal, such as the Mossberg Shockwave.

As we began working on a way to correct this error, something else unfortunate happened: Rumors began appearing on social media claiming that the error would “ban all guns” and that there may be a conspiracy at work.

The social media firestorm was vicious, uninformed and completely unwarranted, since all interested parties had already agreed that the offending language in the bill was nothing more than a drafting error and all agreed that it would be fixed. The only question was, “What is the best method to fix the error?”

Since we've received questions about this matter, and there is so much fake news circulating, I thought I should provide a detailed account of what really happened.

One question asked by many people is, “Why did HB 228 get pushed to the end of the year in a lame duck session?”

“Lame duck” is a term referring to an elected official whose successor has already been elected. This official is generally considered to wield less influence because of limited time left in office. In this case, the lame duck was Governor Kasich, who strongly opposed HB 228.

Because Ohio works on a two-year legislative session, all bills that are not enacted by the end of the second year “die.” Bills that still have support must be re-introduced in the next session, and the entire legislative process must be started again from scratch. Bills that don't have support just vanish, never to be seen again.

For these reasons, many Ohio legislators believe that lame duck is a good time to push through legislation the Governor opposes. For ideas that have been worked on for years, it is time to either pass your best effort or lose it all and start again.

Bottom line: Gun legislation often passes in lame duck, and last session was no exception. It's not something we like, because lame duck often becomes frustrating and chaotic, but that's the reality of passing bills in Ohio.

With this in mind, the next question I'd like to deal with is “How could a drafting error occur? Didn't anyone read the bill?”

Yes. Many people read the bill, including legislators who supported and opposed it. It was also available to the public for anyone and everyone to read. But in the compressed timeframe of lame duck, no one caught the error in a timely manner.

HB 228 underwent significant and frequent editing due to Kasich not keeping his word to anyone, as well as to several legislators being unable to stand up to pressure by the many parties opposing the bill, including Bloomberg-funded Moms Demand Action and Everytown for Gun Safety, Ohio Fraternal Order of Police, The Ohio Association of Chiefs of Police, Ohio State Highway Patrol, Ohio Prosecuting Attorneys Association, CAIR-Columbus, Ohio Conference of NAACP, Ohio Coalition Against Gun Violence, Columbus City Attorney’s Office, Amnesty International USA, Cleveland City Council, League of Women Voters of Ohio, Corporation for Supportive Housing, ACLU of Ohio, National Council of Jewish Women, Catholic Conference of Ohio, Ohio Municipal League, and many more.

In December of 2018, as the lame duck session was rapidly coming to a close, legislators were not only dealing with continuous amendments and revisions of HB 228, they were also wrestling with many other pieces of legislation on an impossible timeline and making plans to leave town for the holidays. And this is when the error occurred.

There are many misconceptions about how legislation is written. It is NOT written by lobbyists. Nor is it written by the legislators. These parties bring legislative ideas to the table, but it is actually an entity within the government called the Legislative Service Commission (LSC) that takes legislative ideas and turns them into legal language and eventually into Ohio Revised Code. This is where the error physically took place in the hectic environment of lame duck.

The error was simple. A section of language that belonged in one part of the bill was pasted into another part of the bill. And with version after version of the bill being floated around the Statehouse in rapid succession, with the clock ticking before the session ended, the error went undetected at a critical time.

To say we were frustrated that the mistake happened is an understatement. But everyone involved in the legislation, including Republicans and Democrats, leadership and LSC, knew it was merely a drafting error - an unintentional mistake that would be quickly corrected.

Some people have asked, “Why didn't BFA sound the alarm and start hammering legislators?” Because that was completely unnecessary. While some chose to start scary rumors and confuse the issue with absurd conspiracy theories, we took a more productive path.

When the error was discovered, representatives from Buckeye Firearms Association immediately began working with various attorneys, legislators and leadership to assess the seriousness of the issue and consider various solutions to the problem.

The drafting error created a potential conflict in the law, with one section seemingly prohibiting possession of (non-short barrel) rifles and shotguns. Of course, many other sections conflicted with this notion, so no one seriously examining the language believed the sky was falling.

According to legal authorities we talked to, whenever there is a conflict of law, it must be interpreted in a way most favorable to the accused, not the State. Further, a judge may not interpret a law in a manner that would be unconstitutional. So the rumors about the error “banning every rifle and shotgun” were so radical and unconstitutional, even the most anti-gun legislators, prosecutors, and judges in Ohio were unlikely to interpret the language in that way. Clearly the drafting issue was never the apocalypse some claimed.

Nevertheless, the error did create confusion, which is never good. It also created concern in the gun owning population. Therefore, correcting the error was important and timely, especially because BFA was the organization that worked with the Attorney General two years ago to figure out how to correct Ohio law to make the Shockwave and similar firearms legal in the first place.

Finally, the most common question has been, “Why didn't this get fixed the next day? Why did it take weeks to correct the drafting error?”

On its face, fixing the error seemed to be the simplest idea in the world. All legislators had to do was delete a sentence from one section of the bill and insert it into another section. Problem solved, right? There were at least five legislators who quickly drafted bills to enact the fix in this way. However, the devil is in the details, so a proper fix was a little more complicated. And it was critical to get it right.

First of all, the legislative session was over. The fix had to wait until the new session began.

Next, Ohio bills take effect 90 days after they are signed into law. So no matter how quickly the legislature acted in the new session, there would be some period of days with confusing and conflicting laws.

The solution to this was “emergency legislation” which takes effect immediately upon passing. This requires specific wording in the bill (see section 6), passage by a 2/3 majority, and a separate vote on the emergency clause. This is even a higher bar than overriding a Governor’s veto.

On top of all that, it was going to take time to explain the entire issue to legislators and to ensure the votes were there to pass the correction bill with the emergency clause.

The answer was no. The effective date is not the determining factor in what will be the final law. What matters is which bill is moved by the legislature last. So changes made in HB 86, the emergency legislation, would become the law because it moved after HB 228.

However, to make this all happen, it required deleting a part of HB 228 which was not yet part of Ohio law. That of course is impossible, so a solution was needed to overcome this unique situation. The solution was to delay the fix until March 28. The effect is that the moment the offending sentence is added to Ohio law by the original bill, it is instantly deleted from the law by the emergency bill.

But there was another problem. When LSC is drafting legislation, no one ever knows for sure what day it might pass. So HB 86 required an “either/or” clause in case it became law after March 28 (see section 5).

And to be super extra careful to cover every conceivable situation, a section was added to a reverse any convictions that might arise from activist judges in the unlikely event the legislation was delayed or the bill came up one vote short on the emergency clause (see section 4).

I know how confusing this may all sound. And you're right. It is confusing, which is why fixing the error required level-headed adults to proceed carefully, step-by-step to think things through and work cooperatively.

It is unfortunate that some chose to attack BFA and pound legislators with nasty phone and email messages, rather than calmly work the problem with us. For many years, fellow gun organizations such as Ohioans for Concealed Carry, Ohio Gun Collectors, and many sportsman organizations have shown leadership and cooperation in moving good legislation. And that is still the case. This is how progress is made, and those not working in this way are not advancing your rights.

We are thankful for all those legislators who worked toward a quick and appropriate solution to this issue, and to Speaker Householder and Senate President Obhof, whose leadership was critical in solving the many issues that arose on this seemingly simple bill. Representative Plummer and Senator Roegner also played key roles in getting this issue resolved.

And of course, we also thank our thousands of members and supporters who enable us to be effective in the statehouse. Passing legislation involves working cooperatively with people and crafting workable solutions to real problems. This is always the way we have operated and we will continue to do so in this and future legislative sessions.