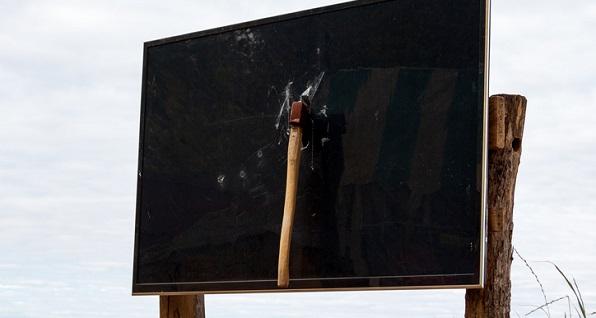 Gretchen and I live in rural, northern Alabama. Not a lot of neighbors, and the closest town is several miles away with a population of about 200. When I want McDonalds it’s an hour round trip. “Social distancing” has not been a problem. We’re used to working at home, and don’t need much from town. But, these times are troubling. Our best tactic for dealing with current condition has been to stop watching/reading the “news.”

Everyone is well aware of the conditions we’re facing. The number of “don’ts” imposed on society has been substantial. The economy is flattened. And, nobody can tell you what tomorrow – or next month – will bring because these actions on this scale are unprecedented.

The experts can speculate, to no end. They can talk and compare this to similar past events, but there ain’t been nothing like this - especially considering the drastic changes in the world in just the past fifty years. One can run all the models they want, like they do with hurricanes. Check out this article on weather models, and look closely at the actual model - https://www.pnj.com/story/weather/hurricanes/2016/10/05/which-spaghetti-... . Now, based on this model, you’re going to bet “everything” on exactly when and where the storm lands and the path it takes from that point. This is what everyone, even the experts, are doing.

Which means the “news” is full of speculation and opinion. Most of it sensationalized, because after all, they need viewers to sell advertising, and nothing sells better than “doom ‘n gloom.” It’s pretty much impossible to find actual reporting, as in this is what happened, without additional opinions, speculation or an “expert” input. Seems like a lot of times they can’t even agree on what actually transpired. The only thing watching/reading today’s “news” does is confuse, depress and anger viewers.

Regardless of who you are these are unsettling times. Maintaining mental health is mandatory to success now, and in the future. Remember, the only thing you can control is what you do, and the speed at which you perform. The best way to stay calm is not dwelling on matters you can’t influence. In other words, unplug.

New problems require new tactics. Ignoring the daily news/briefing/updates has been the best tactic Gretchen and I have discovered. We focus on what’s going on in our small sphere of influence. Yes, it’s a “don’t know/don’t ask/don’t care” attitude. However, both of us are in better moods, and by not watching the circus we’re a lot more productive. If anything earth shattering does happen, somebody will let us know.

I spend the time I’m not watching news practicing my presentation from concealment. Don’t know what the future will look like, but if things do get stranger, now is the perfect time to develop your defensive skills.

Tiger McKee is director of Shootrite Firearms Academy, which is celebrating its twenty-fifth anniversary. He is the author of The Book of Two Guns, AR-15 Skills and Drills, has a regular column in American Handgunner and makes some cool knives and custom revolvers. Visit Shootrite’s Facebook page for other details.