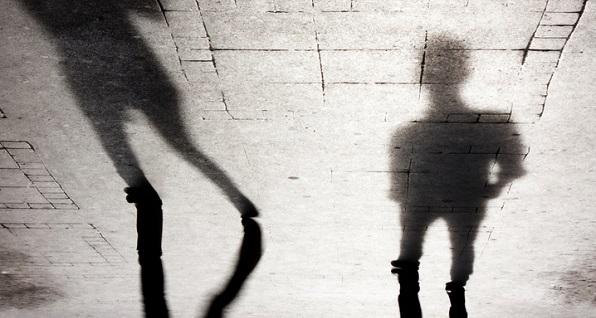 Solve the Problem Before You Need Your Gun

I was reading a news account of a defensive gun use when I was struck by two things.

Before I get to my insights, read the short article: Armed Portland Woman Fends Off Flasher High on Crystal Meth.

The article talks about a woman who drew a firearm after a man followed her home, forcefully entered her house, exposed himself, demanded a sex act, and then stole money from her before fleeing.

This man was a robber, rapist, and home invader. Yet the news article characterizes the man as a “flasher.”

How many people read just the title and thought “drawing a gun on a flasher seems a little extreme” without getting the whole story. It’s my guess that the news outlet chose that particular headline just to create a specific negative reaction. While drawing a gun on someone who merely “flashes” you might not be reasonable, drawing a gun on a home invader demanding sex is absolutely justifiable.

It’s funny how the media minimizes some things and blows others way out of proportion. I think it’s important to keep things in perspective when consuming any media programming. There’s a very good chance that the media outlet has a political bias and will be regularly structuring its content to push that agenda. Buyer beware. When the issue of defensive firearms comes up, the media outlets don’t even attempt to present a facade of objectivity.

The more important insight I had about this article is the fact that this incident could have been stopped way earlier in the process. The victim seemed to be in denial and missed several critical junctures where she could have ended the threat before drawing her pistol on the rapist home invader.

These three sentences tell a tale of missed opportunities:

Hardges stalked Kim on the street that day, followed her through the entrance of her apartment building and into the elevator she was taking to her floor. During the ride up, he told her that he had just shot up crystal meth for the first time. Hardges then pursued Kim all the way to her unit and pounced once she opened the door.

Let’s break that down into individual opportunities for escape or confrontation:

Once he forced entry, he exposed himself, demanded a sex act, and then stole her money after she pulled a gun on him.

I’m glad the woman wasn’t hurt, but this doesn’t look like a successful performance by our chosen victim. She let this guy get away with way too much before she actually chose to act. She’s actually quite lucky. Given the fact that the robber stole her money while she was holding him at gunpoint tells me just how impressed he was by her weapon.

The victim here had many opportunities to engineer a better outcome for this scenario. Like many folks, she chose to embrace denial rather than acknowledge the reality of the criminal attack she was facing. I have two suggestions for my readers who might face a similar scenario:

No matter what the type of street crime (assault, robbery, purse snatching, murder, kidnapping), the criminals will all perform similar actions before the attack. Those types of actions are often called “Pre-Assault Indicators.” There are numerous described pre-assault indicators in the crime research. One of the most common is what I call “predatory movement patterns.”

Any movement the attacker makes that causes you to stop, corrals you into a particular path, blocks your way, or closes the distance on you is a predatory movement pattern. Almost all physical attacks are preceded by one of these movements.

If a person is following you down the street, into your building, into your elevator, and then into your apartment, there might be a problem. This is the very definition of “predatory movement pattern.”

Once you recognize a pre-attack indicator, act.

The woman had a bad feeling about her attacker. Despite this feeling, she chose to ignore her intuition and continue on as if nothing was happening.

This failing to act on intuition is an astonishingly common trait victims display just before a physical attack. I can’t tell you how many times I’ve heard “I knew there was something wrong about that guy” when interviewing crime victims. Trust your instincts. Those bad feelings come from a very powerful part of your brain. If you choose to ignore them, you will do so at your own peril.

“The gun wasn’t the first thing that came to my mind…it was how am I going to get out of here,” Kim said. “I was in a sheer panic, I was just in a panic.”

Panic isn’t productive in a defensive encounter. It’s especially not productive when you have a gun in your hand. Although this incident will be lauded by gun advocates as a “win,” it was truly an abysmal failure. She should have acknowledged the situation and dealt with the problem way before she drew her weapon.

How can you avoid a similar performance?

People live in sheltered worlds. Most Americans have never been violently attacked. They don’t have friends familiar with violence. The only way they can expand their knowledge base enough to understand what’s going on is to take the time to study how criminals work and pre-plan what their possible responses will be.

This isn’t fun work for most people, so it doesn’t happen.When people have never thought about or experienced violence, they don’t have a “mental map” of what is happening and fail to respond appropriately.

Since most of you aren’t regular victims of criminal violence, how do you train your brain to recognize an attack for what it is and not subconsciously associate it with an innocuous past event in your life?

There are two ways. One is relatively simple and one is more difficult.

The first way is to study news articles like the ones I post here and really think about each situation. Mentally place yourself into the position of the victim, seeing, hearing, smelling, and feeling exactly what she is experiencing. The more vivid you can set the scene in your brain, the more firmly you will anchor the thought.

The brain doesn’t categorize real events any differently than imaginative thoughts. By thinking deeply about a criminal attack, the brain encodes that information as a past experience and can call on it to recognize something similar that happens in the future. I bet that you have developed this connection just by reading the article thus far.

The second method involves force on force training with scripted role players. This will allow you to get more “experiences” to categorize in your brain. Besides that, you will get feedback on which actions you can take that are positive and which place you in additional danger. You can practice until you get your desired response perfected. This obviously takes more time and energy, but it is a vital part of advanced training and it’s value can’t be discounted. Many shooting schools are now offering force on force training for their advanced students. It would be wise to seek out such an experience.

It doesn’t cost anything to think. Instead of mindlessly watching the news or surfing the net, think about what you would do in the criminal attack you see or read about. Plan a response.

If you want to have a chance at prevailing in an encounter with a violent criminal, thinking, practicing, studying, and planning are necessary, no matter how physically or mentally painful those processes may be.